.
One Day Home Was inspired by an experience I had almost two years ago.

I needed a bed.

My marriage had ended suddenly a few weeks prior; it was my first dance with wild, consuming grief. I was living out of a suitcase with a friend uptown, careening between shock and grinding sadness, having epic meltdowns on public transportation.

I’d just signed the lease on a new apartment and needed a place to sleep. Alone. Life is like that: we’re faced with a flood of new decisions at the very moments we’re least equipped to make them.

So on a bleak post-post-Holiday Saturday, I braved the One Day Home Sale at a colossal midtown department store. This was a terrifying purchase; here I was, waist deep in a new life I hadn’t chosen or desired, committing to the piece of furniture that would provide the starting and ending point of every day of that life.

As I made my way across the expanse of memory foam and spring coils, something surprising happened: I kept making eye contact with a man across the room. For what must have been an hour, we’d catch sight of each other as we lay down and rose up, trying to approximate the act of waking and sleeping over and over again. It was funny at first, then weirdly intimate- it’s rare to find oneself in bed with a stranger, even several yards apart.

.
And then, out of nowhere, there it was: my first, fraught, complicated taste of desire.

That moment- the sudden return of appetite- is the real crux of our film. While it’s involuntary, it’s also a huge opportunity to choose to live, even through the fog of tremendous grief. That’s the impulse One Day Home seeks to capture in all its hot, achy, mis-timed glory.

When I told my friend Susan Brennan, a talented screenwriter and poet, about my mattress adventure, she urged me to write it into a short screenplay. A few months later we started building our team, beginning with our remarkable director. Drew Denny is a powerful visual storyteller, who we chose for her ability to beautifully convey subtle and profound moments of human connection.

The department store setting is key to our film. It’s a serene utopia, offering up blank slate after blank slate where characters can try on countless new lives. To capture its essence, we hired cinematographer Autumn Eakin; her work is sensual, surprising, and clever.

Our plan is to shoot the entire film in just two nights, which means we need to assemble a lean, high-diesel, professional indie film crew and a cast capable of beautiful work on a tight timeframe. We’re also in the process of casting One Day Home with the most skillful and soulful actors in New York City.

After working through our budget with a fine toothed comb, the minimum needed to get One Day Home shot and through post-production is $8,000. This will provide us with funds to cover actor and crew pay, equipment rentals, transportation, insurance and other location-related costs, production design, costumes, makeup and food for the entire team. We’ve also budgeted to cover post-production costs, which include color correction, an editor, titles, original music (or licensing fees), and more. 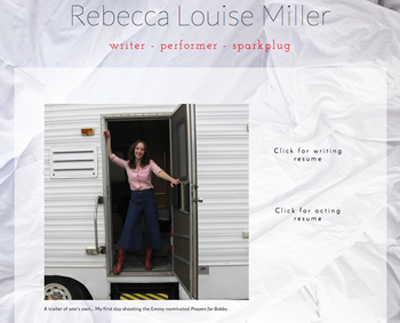 .
In the delicious event we raise more than our 8K goal, additional funds will be put toward payment of our director, Drew and producer, Susan. On this lean budget, Drew, Susan and I have agreed to work without pay. If we raise enough to pay our Director and Producer and there are still additional funds, these will go toward marketing and submission fees for festivals and the unexpected costs that are sure to arise.

We hope you’ll join us in bringing this story to life. So much passion, heart, and time has already been invested in One Day Home, and we can’t move forward without you.

Join us. Jump into bed with One Day Home.

Rebecca Louise Miller is a New York based writer and performer; ONE DAY HOME is her first produced screenplay. Her stage play Fault Lines enjoyed successful runs in New York, Chicago, Northern California and Edinburgh, Scotland. It is published in the anthology Plays and Playwrights 2011 and on indietheaternow.com. As an actor, Rebecca appeared as Jeanette in the Emmy-nominated TV movie Prayers for Bobby opposite Sigourney Weaver, and originated the roles of Gina of Dennis Lehane’s (Mystic River, Gone Baby Gone) first play, Coronado.  She also recently worked with Tony nominee Tovah Feldshuh, co-writing her cabaret act, Aging is Optional. Rebecca’s next play, Capacity, will premiere at Main Stage West in California in 2015. Rebecca is a graduate of Brown University and the O’Neill National Theater Institute. 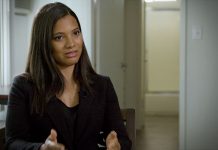 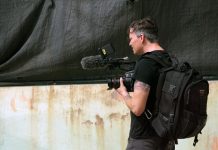