This House is a film that blends documentary and fiction to explore the inimitable in-home installation work of Jackie Seiden, a Chicago-based artist and educator.  It is a collaboration between 23-year-old Daniel Hymanson and his childhood teacher 75-year-old Jackie Seiden.
.
THIS HOUSE: a collaborative film project about a dreamy place, memories of childhood, and a union of fantasy and hard truth.

BACKSTORY
Jackie Seiden and her husband Don Seiden live in a large pink and yellow house in Rogers Park, on the north side of Chicago. Each room in the house is a distinct installation–a world of painstakingly found and placed objects. Ever since Jackie moved into the house 30 years ago, these installations have been constantly evolving. They are deeply personal and generally explore subjects relating to Jackie’s own childhood.

When I was four years old, my mom enrolled me in Jackie’s children’s art class at the School of the Art Institute of Chicago. Every week Jackie would guide us as we completely transformed the classroom and traveled to impossible places. Once, we used huge sheets of crunched up brown paper to change the classroom into a prehistoric cave and made cave paintings. Another week, with chairs, a slide projector, echoing chugging sound effects, and a sheet, the classroom became a train and Jackie took us on a tour of India. Ever since that class, Jackie has been a friend and huge inspiration to me.

This film will present for the viewer the otherworldly experience of exploring the rooms in Jackie’s house. Like our always-changing classroom 18 years ago, every room in Jackie’s house transports those who enter it into an impossible and magical place. The project will be a fusion of fiction and documentary film–a reflection of the hazy distinction between fantasy and reality within these spaces.

We begin in the attic, filled with pastel color and sun-soaked suitcases. We enter into the experience of a three-year-old girl in the 1930s, as she uncovers everything not supposed to be known and attempts to avoid an unbearable fear of abandonment. We descend to the basement, dark and filled with white Christmas lights. We enter into a fantasy world where the ever-three-year-old Ga Ga Goo Goo and her symbiotic soulmate Pig embark on a planet-wide journey to find their mother and father, who were swallowed up by a crevice while awestruck by the Northern Lights. In the journey from the attic to the basement, we also explore everything in between.

For nearly my whole life, I’ve been able to explore Jackie Seiden’s home. With this movie, I hope to give more people this opportunity. Her work affects all visitors, uniting everyone under the universal experience of childhood. In addition, the house serves as a testament to the irreplaceable outcome of total artistic commitment.

Most importantly, this film is a tribute to an incredible teacher who means so much to countless students.

I first attempted to make a film with Jackie about her house early in high school. At the time, I didn’t know enough about film as a medium or understand the space well enough to capture what makes the house so special. I finished the project but never showed it to anyone.

Since that time, I have studied great filmmakers like Jacque Demy, Vincente Minnelli, and Otto Preminger. I have worked as a production assistant, gaffer, production designer, screenwriter, editor, and twice as a director. I have also spent time with Jackie and learned far more about her work in the house. 8 years later, I feel like I can finally attempt to make a film that does this incredible space justice.

In order to give Jackie’s work the respect it deserves, this project requires equipment that can capture the beauty of her installations. Unfortunately, I don’t have access to equipment and that is why I have launched a fundraising campaign on Kickstarter. We have 35 days to raise $5,000. Every little bit really counts and any support would mean so much to me.

Daniel Hymanson is a 23-year-old aspiring filmmaker currently living in Chicago. He recently graduated from the Wesleyan University film program. He completed his first short film Slothman earlier this year, is presently in post-production on his second film The Weekend, and in pre-production on his first non-fiction film This House. 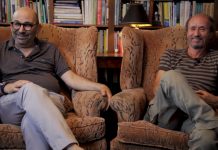 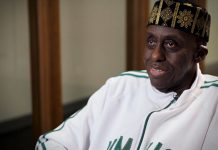