Film Courage: Did you approach Issa Rae about KING ESTER [webseries] or did she approach you?

Dui Jarrod, Writer/Director: The producer Caralene Robinson she had approached Deniese Davis over there who is kind of Issa’s right hand. They were the first people that we had connected with about KING ESTER but at the time they were trying to do some new things digitally, we hadn’t really gotten out on the film festival circuit and so we just kind of had a meeting of the minds. It was nice that when it came back around and we had looked at all the options on the table we chose the option that we had kind of found from the very beginning which was Issa Rae’s production company.

Dui: It was already finished. Even when we initially caught up with them, we had sent them the version of KING ESTER and they really, really loved it and saw the value of it but they weren’t ready to release on their network or anything like that at that time. And then we came back later everything was just beautifully aligned for us to work together on it.

Film Courage: And KING ESTER is about what?

Dui: KING ESTER is a short form digital content series about a transgender woman in New Orleans 7 days before Hurricane Katrina and her decision to either stay or leave as the hurricane comes to town. Each episode is for one day in her life…(Watch the video interview on Youtube here).

Create Your Own TV Series For The Internet — Ross Brown 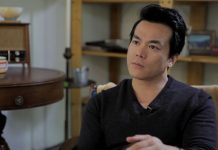 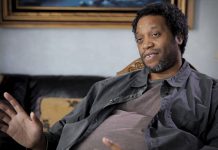