Rachel K. Ofori, Producer/Writer: Yes, a little practice that I have adapted and I still play around with is when hiring someone or working with someone or going into any place of partnership or place where I will have to interact with someone, I watch the way they respond to No. Even if I have to kind of strum up an opportunity where I can tell them No early on or even if it’s not a No it’s like Alright, give me a second, whatever it is. Now in those early stages…(Watch the video interview on Youtube here). 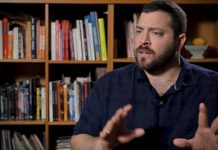