Film Courage: Aside from being scared of something, how do you know your protagonist is someone you want to write about, that you want to spend years working with?

Kelli McNeil, Writer, Actress and Voice Over Artist: This has happened to me on a couple of occasions but eventually my character starts speaking to me. They have gotten so vocal that they actually start talking with their own voices and to me that’s almost like a state of reaching a runner’s high. It’s rarely achieved when I’ve done it. I’ve done it in about four of my scripts but those to me are the characters that have the strongest voices and certainly have been the pieces and the projects that have been put out into the world and have gotten me where I am and the attention that I’ve gotten. That’s key to me is when those…(Watch the video interview on Youtube here). 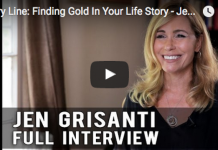