Film Courage: Your intuition is very powerful for you (your gut check). You have this intuition about this film which was entitled RUIN ME at the time (later changed to USE ME) and you’re several months into it. You’re trying to write this screenplay but you’re struggling. How was this for you because you know yourself so well, you trust what you feel, what you’re directed toward?

Julian Shaw, Actor/Writer/Director: It was terrible. It’s part of the process. You have to go down detours and how do you get through that? You just grit your teeth and keep going and try to believe in that original inspiration that you had.

When you first get the inspiration for a movie it’s like super clear. It’s like…I don’t want to say HD or 4K, I’m going to say 8K clarity and then you have to turn it into a screenplay and you have to start filming it and then it gets blurry like 1980’s analog TV. You are like Where is my 8K clarity? It was so clear when I had the idea.

That’s just the process. You have to commit to it. Accept that it’s going to suck for awhile and believe that you’re going to come back to that original pure idea that got you so excited.

I also believe you have to explore bad ideas to get to the good ones. You need to reframe it as Okay I went down a path that just didn’t work creatively. Great! I am making progress…(Watch the video interview on Youtube here). 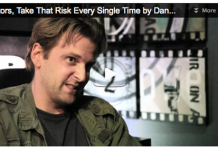 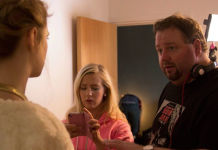