Adam Davis, Writer/Director: That is…I think that’s a tough question but I also think I know how I can answer that. It’s the feeling that I get when I do it first and foremost that it really makes me feel most like myself. In other stuff, other jobs, in other situations in life I definitely sometimes feel like I’m not myself or I can’t be myself (I’m not my most authentic self I think someone very smart put it). But filmmaking, that’s where I really feel that and I love it, you know? It’s the sort of thing where in life if you can choose the pain you’re given, then that’s better than having pain forced upon you.

The fact that filmmaking has all of these highs and lows. It can be exhilarating and it can be super painful when you get rejected or when a project doesn’t come together or a project that you’ve put out isn’t received how you might want it to be received. The fact that those are the pain points that I can choose is kind of great because it’s all part of it. You can’t have those dizzying highs of…(Watch the video interview on Youtube here). 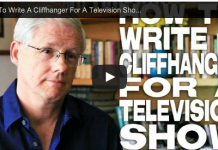