Lee Jessup: I think everybody has this idea of failure but nobody knows what it is.

Scott Kirkpatrick: There is this stereotype in Hollywood that every other waiter you meet has a screenplay on the side, every real estate agent is writing something on the side and in truth like that is reality. A lot of people come here with big Hollywood dreams and want to write that great screenplay.

“A research heavy project should NOT be your first project.”

Corey Mandell: I know something is missing but I don’t know what it is and I know a lot of writers who feel that way and it’s a really terrible feeling.

“Every page has ticking clocks.”

Thunder Levin: And you get to the end and it could all have been crap even though that one sentence pitch was a good idea.

“If you have that confidence, people will read that first page.”

Corey: One of the key skill sets in addition to creative integration is to build a writing with compelling conflict. Compelling conflict is what takes great characters and great dialogue and just makes it pop off the page.

“It doesn’t mean that it’s not a fixable situation.”

Then you read some stuff and it’s good. Things are happening and it’s interesting…(Watch the video interview on Youtube here).

BOOKS FROM SOME OF THE WRITERS FEATURED

THE NUTSHELL TECHNIQUE: Crack the Secret of Successful Screenwriting by Jill Chamberlain

THE ANATOMY OF STORY:
22 Steps To Becoming A Master Storyteller by John Truby

NOTES TO SCREENWRITERS: Advancing Your Story, Screenplay,
and Career With Whatever Hollywood Throws At You by Vicki Peterson & Barbara Nicolosi

WRITING FOR THE GREEN LIGHT:
How To Make Your Script The One Hollywood Notices by Scott Kirkpatrick

BREAKING IN: Tales From The
Screenwriting Trenches by Lee Jessup

GETTING IT WRITE: An Insider’s
Guide To A Screenwriting Career by Lee Jessup

STORY MAPS: How To Write A GREAT Screenplay by Daniel Calvisi 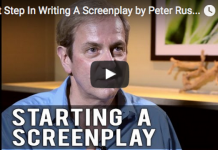 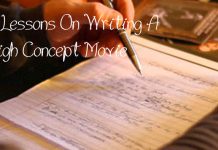 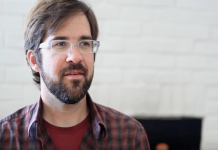