Eric Edson, Screenwriting Profession at California State University Northridge (CSUN): This evening we’re going to take a look at character categories and I hope it’s going to be fun. I think it will be fun. I have picked six particular categories. Obviously I can’t do all 14 in one night. We will be falling asleep here but we will talk it through and what the examples are and I picked examples for specific reasons, I’ll tell you when we get there.

For instance, some adversary characters in major motion pictures are pretty obvious, right? And therefore I picked one that isn’t obvious so you can see the other side of it, too.

Now then perspective, Eric does like the Greeks doesn’t he? What is character in a screenplay or a novel? They are both important because they are very…(Watch the video interview on Youtube here). 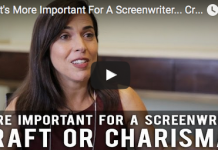 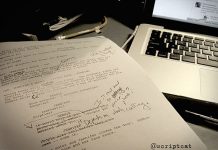