Film Courage: You drove out here from Texas to attend USC for Theater/Dramatic Arts? But now you’re focused more on writing?

Film Courage: Where did this shift come in?

Kelli: It’s hard to make it as an actor out here, it’s really hard. I knew I wanted to write, I just didn’t know how to tell the stories. I think that this is something that is inherently different in men and women and this could be just me. But women (when they don’t know how to do something) I find that they try to educate themselves first before they take the leap and do it. That may be a good thing and that may be a bad thing, I don’t know? But that’s my particular process. I find that a lot of men are able to just fake-it-till-you-make it and just wing it.

I always get what is called Imposter Syndrome. So for me at that point I had failed with the children’s book. When I first started writing Baltimore School of Charm (which is what launched my screenwriting career) I hadn’t been published. That came literally six weeks after I started the UCLA Extension Writers’ Program. I was in class with this adjunct professor (Justin Trevor Winters), he’s fantastic, a really great guy. We’re still friends. He taught me my first screenwriting class. Even as an actor I knew how to break a script down, I knew what the beats were but I never looked at it from a writing standpoint and I decided this was something that I really wanted to…(Watch the video interview on Youtube here). 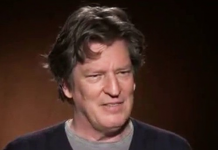 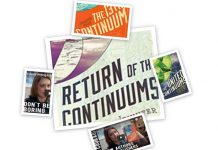 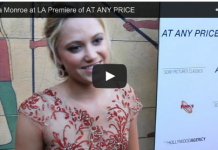