Erik Bork, Screenwriter/Author: Wow, that’s a great question. A very big broad question. What makes a great story to me where it starts is a really compelling problem that is going to take the whole story to be solved. That millions of strangers consuming that story would be able to identify with this problem and care that it gets solved and be really entertained by the process of watching people trying to solve it.

There is something that someone is going through in life that really matters to them and hopefully to us as the audience. It’s really important, it’s really difficult. It’s going to take a lot of effort and active action toward trying to solve it which isn’t going to work. So it’s difficult, it’s complicated, trying to solve it usually leads to pushback and complications and things that don’t go as planned and so that tends to build that sense of problematic situations so it’s growing and escalating, building over the course of the story and then in the end there is some kind of resolution that has taken the audience on a journey and usually taken certain characters on a journey where they’re not the same as what they were and therefore it was meaningful and important in some way that they went through that.

Film Courage: How does someone know their movie idea sucks?

Erik: Well, most of us don’t know…(Watch the video interview on Youtube here).

Day 1 of Kris & Lindy Boustedt’s THIS IS OURS 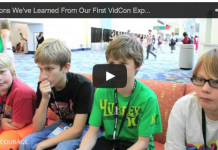 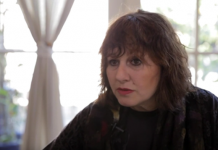