Kenneth: I think it’s a combination of that and people in this industry. I think everyone looks at their trajectory going like this [consistent upward line] and it doesn’t. You started with a thesis and you have a crew of thirty and all of this millions of dollars worth of equipment that the school provides for you. You get out, do you really want to film your short movie on an iPhone? The ones that work do. Because that’s ego. In my experience having done as much as I’ve done what I’ve found is there are certain film schools (and I’ve hired certain film school students)…but I won’t say the ones where they have the least discipline but the ones with the MOST discipline have come from the Los Angeles Film School. They have come with the discipline to work. It didn’t matter how good their thesis film was. If my crew was small or whatever, they wanted to work, they wanted to learn and they wanted to produce.

Film Courage: I know there’s a lot of backlash on Millennials that they don’t want to work and things like that. I haven’t always seen this. I’ve seen work ethics differ across many generations (even in Generation X I’ve seen varied work ethics). Do you think it’s generational or a mindset? 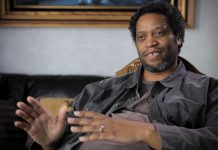 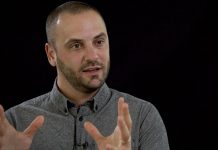