Film Courage: Looking back on it now, what where the drawback and benefits to making so many short films and do you think it was worth it? I know you wanted to make a feature film much sooner.

Peter Dukes, Writer/Director: For me personally it’s worked out just fine. I’ve taken an unusual path. I’ve taken a very patient path. I wanted to prepare myself as much as possible about my short films as I’d mentioned before and I didn’t.

For me it worked out nicely but it took 15 odd years (whatever it was…10 years)? Whereas other people go I’m going to go for it from the beginning.And again some of them make it early and since they are younger than me…agencies love hot up-and-coming talent. If you are a young mid-twenties and you make something really cool, you’re going to get more attention than if I make something cool. It’s just kind of the way the business (at least the industry out here) is kind of set up.

I can’t say the way I did it is right or wrong or what not. I’ve always been a patient guy. I’ve always taken my own road to things so I think it’s been beneficial to me. Obviously the drawbacks are I’m 40 and only have (what will soon be) two features under my belt and if I’d taken a slightly different path maybe I’d have had 10 at this point? But that’s a drawback I’m willing to live with. I think I did it the only way that it was ever going to work for me.

It’s an interesting question because if you ask 10 other filmmakers what they think of my strategy they might laugh their heads of from what I know (I don’t know?)

But it’s a weird business. Everyone is on their own. You are totally on your own. You can read as many books on the subject as you want but the reality is no one is going to give you anything. You’ve got to go out there and earn it through talent and hard work, perseverance, all of those kind of things.

Every filmmaker (myself included), every single filmmaker I’ve ever met literally has their own fascinating story as to how they got it done, how they got noticed. And some of them might be more successful with others in terms of how far they’ve risen or what level of movies they’re doing now. But all of them just literally found their way through the labyrinthian maze that is Hollywood and made it wherever they are these days.

Film Courage: Can you recommend any resources for young filmmakers starting out? I know you said previously everyone has their own path. Are there resources that have been valuable for you in terms of DIY, not only learning about film theory or whatever?

Peter: Listen, I’m sure there are a million books on the subject and…(Watch the video interview on Youtube here). 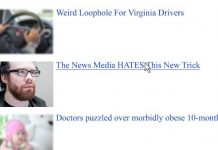