Film Courage: …That being said do you think it’s easier to work on your own or to have collaborators?

James Kicklighter, Filmmaker: I think that it’s always easier to work on your own but it’s never better. I think that I’m so skeptical of anybody who says there are a Writer-Producer-Actor-Editor. They are not good at all those jobs. There are one or two that they are good at. And I think that when people say they are multi-hyphenates of all those things, they usually are not good at any of them. Be one or two things and be good at them, that will make your work better.

I can live in isolation and technically can I direct, edit, produce, shoot…technically I could. I know how to do all of those things. But I know what I’m best at. I’m a good director, I’m a good editor and so I will sometimes do those two things.

And even when I’m editing work that I’ve directed, if I think that I’m not being disciplined enough or if I’m not being judicious or I’m lost in the woods, I’ll always bring in a second editor because I can’t be precious about it in my own work because that looks poorly on me as a director, right?

You have to be cognizant about those things. So you could you work on your own and do your own thing, sure you can, but your work is going to suffer. I think most people who do that their work does suffer. There are very few examples of people who are successful that I don’t think most people can pull that off.

Film Courage: But in the middle let’s say. Starting out maybe they can’t afford…

James: Oh yes, when you are starting out you have to. Now that’s different. If you are starting out that’s different. When I first started out I was producer, director, all of those things. But if you want to make that transition to the middle (the middle…best place!) you can’t do that anymore. You have to set that aside. You have to start leaning in on and working with people who are professionals in those areas.

I don’t think you would go to (using the accounting example) a CPA who is also a chef, who is also a Uber driver. You would probably think that one of those things they may not be very good at. It’s the same thing with film…(Watch the video interview on Youtube here). 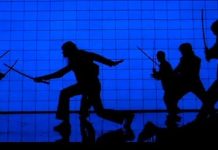 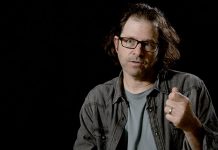