Film Courage: Do you think that teaching screenwriting or these books or whatever is selling false hope? This has been one criticism of what we’ve seen [comments in videos and our channel] and I don’t see why this would be selling false hope? If [writing] is something someone enjoys and they love the process of creating?

Alan Watt, Author, Screenwriter and Founder of L.A. Writers’ Lab: Okay, I love this! I believe that my job as a writing teacher is to facilitate writers in finding the story that lives within them and stay out of the result. In other words, when you get into the result that’s when you get tripped up. That’s when you don’t really write from your heart. That’s when you don’t write something that’s actually going to be meaningful to other people and so I always think of writing as a two-tiered process.

The first tier is you have to write if for yourself and then the second tier is once you’ve written it for yourself, once you’ve written that stuff where you’re like Oh my gosh, I can’t show this to anybody. It’s way too personal. Even if it’s fiction, especially if it’s fiction, you’ve got to have some skin in the game. You’ve got to be invested in this thing that you are writing. You’ve got to let go of this idea that Is it going to sell? I remember when I wrote my first novel. I woke up one day and I was like I’ve been writing for a long time. I was making a living as a stand-up comic. But I’d been writing for a long time and I hadn’t sold anything and I thought Well you know let me do the math here. Clearly I must be a mediocre writer if I’ve been writing for this long and I haven’t sold anything. So what I’m going to do? Is it I’m going to stop writing for the marketplace (whatever that is) and I’m going to write something for myself. I’m going to write something that really means something to me and I wrote a story that I wrote really quick. I wrote a novel called Diamond Dogs and got it through this lawyer friend of mine and got it to an agent. She auctioned it a week later for a ridiculous amount of money and then it becomes a best-seller and it won a bunch of awards and it was the first time I realized that don’t know anything. And when I try and … you know I always say my idea or my story is never the whole story…my idea who is going to like this or who is going to like that is…I can’t control the result. None of us have any control over the result. But what we do have control over is understanding that we’re all unique, we all have something valuable to say and I really believe that as a writer and a writing teacher.

I want to help writers. I can’t predict…some of my students have gone on to become best-selling authors, show runners, A-list screenwriters. I didn’t know who they were going to be. But the ingredient that I think is most valuable isn’t talent (whatever that is). It’s a willingness to learn, it’s a humility, it’s a willingness to be curious about the story that lives within you. It’s the humility to put it on the page while staying out of the result. That’s really hard for people. That’s the really challenging test.

Being a writer is a marathon, it’s not a sprint. And if you expect immediate results, you might not stay in the game long enough to experience the fruits of your labor.

Question For The Viewers: How many great stories reside within you?

FOR WRITING WORKSHOPS GO TO – Lawriterslab.com﻿ 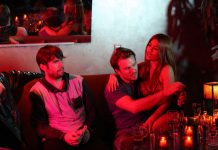 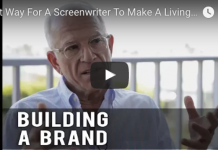