Rhomeyn Johnson, Actor: I was in this show years ago where I played this character Skeeter The Junkie. My partner in the scene was playing an undercover cop who I didn’t know was an undercover cop. So when I finally realize and he finally lets me know he’s a cop and I’ve given him the information he wants, he’s supposed to throw this little bag of [pretend] dope which [we rehearsed] “Give me the dope when I tell you.” He’s like “Okay.” He’s going to throw it down and I’m supposed to pick it up and [imitates desperation] do that whole thing.

The guy who played the scene with me, he got into it so crazy because he had his family there (he was all in) that he threw the [pretend] dope off of the stage…(Watch the video interview on Youtube here). 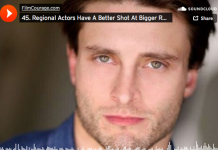 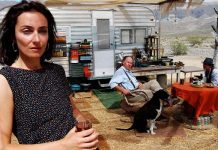