Film Courage: We were speaking about heroes a bit off-camera and you talked about how your desire to create or show a certain type of hero was very important to you. Can you share what this is and what does a hero represent to you in storytelling?

R.L. Scott, Filmmaker: My fascination with it (the hero figure), it didn’t start with like comic books and superheroes. It really started with action heroes and martial arts. Growing up as a young kid I studied Chinese martial arts. I was a huge fan of action cinema and by the time I reached…15 is when it really struck me. I realized that all of my heroes were Asian.

And I was like “Wow! I’m doing the same martial arts but none of them look like me.” And so that’s really when my journey started with filmmaking because I made a vow that I would create platforms where I could showcase heroes that look like me but fought like them and that was sort of where my filmmaking journey started right then.

The idea of a hero, a person who would fight for what they believed in, fight for the right things and protect the people that they loved. And protect the world and someone who was righteous and upstanding and who had sort of all those qualities that I felt were important, that were instilled in me as well. So that’s kind of where that started. 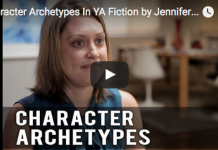