Home Authors Can Any Book Be Made Into A Movie? by Dr. Ken Atchity
Share
Facebook
Twitter
Google+
Pinterest
WhatsApp
Linkedin
ReddIt
Tumblr
Film Courage: Can any book be made into a movie?
Dr. Ken Atchity, Author/Producer: Any book?
Film Courage: Any book.
Dr. Atchity: No. I don’t think so. Like an instruction manual? People have made instruction manuals into movies. But no, not any book. What makes the movie is absolute drama. You have to have drama. And I’m not talking about a bad movie. I’m talking about a good movie that people will not fast forward through or switch channels on or to make a worthy movie. A book has to have drama and that means it has to have a very clear three acts (beginning, middle and end) and what defines the beginning is something that hooks the audience into the story so that it will not abandon the story. And an ending is something that makes you leave the theater or turn off your television very satisfied with the way the story ended whether it’s happy or sad isn’t the point. But satisfying like the end of WITNESS where we realize that the lovers cannot stay together even though we want them to because it just wouldn’t make any sense. And the way the last shot is Peter Weir taking a long time to let the car drive down the lane away from the farm onto the road. It’s such a long shot that it gives you a chance to go through your head and think Oh c’mon, slow down, turn around, make a U-turn or run after him. And none of that happens because your mind is now going That wouldn’t make any sense. This is sad. It’s got to end but it still was beautiful. That’s good drama and good movie making. But it’s the hardest part for any writer. It has to be something that keeps you there, meaning filled with twists and turns and reversals and unexpected events and so on that you don’t want to tune out. And if a book can do that, then it can be a movie. And if a book isn’t doing that but has potential because it has a strong protagonist and a strong antagonist that’s where a treatment comes in. You write a treatment and fix all the problems with the book in the treatment and pitch the treatment.
I’ve sold a number of movies based on a treatment because the book had problems and I almost wouldn’t let the buyers read the book because once they said they want to do it I go Okay let’s just go with the treatment please! But at the end they are ready to sign, they have to look at the book and then they’ll say I see what you mean. But the treatment solves the problems. You know if the middle is not dramatic enough. Most especially the problem with novels is the ending is not powerful enough and clear enough. The third act is not clear enough where you see that there’s a turning point that goes from act two to act three. Because editors in New York are not as demanding as audiences are in a movie theater. They don’t really look for turning points the same way an audience does.
There are exceptions to all of this stuff. None of it is rules but basically a three-act structure needs to be there and has to be dramatic. All three acts have to be dramatic. You have to have a protagonist that you can relate to. You don’t have to like her but you have to relate to her. And you have to have an antagonist who is worth of her and is in every way as strong as she is because otherwise the ending is predictable. And the stronger the antagonist, the stronger the protagonist and the stronger the story is.
So I hope that answers the question. Books that have at least some of those elements can be turned into movies. I actually used to have a class that’s called ‘Designing Your Novel To Be A Film.’ Because the best place for that is on your original drawing board. Make sure that when you design your novel that you include these things in your novel and that way you won’t be disappointed when nobody wants to make it into a film. 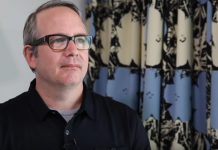