Film Courage: This [question] is from viewer TJW “When writing a TV spec, how far in the future should you know your story, multiple seasons?”

Peter Russell, Screenwriter/Story Doctor: I would say so. I think you should know what the ending is going to be. What is interesting is you take a show like MADMEN but you know that at the end of the show nothing is going to be any different than the beginning. It really isn’t.

The first episode of MADMEN Don Draper is a New York ad man who is really unhappy in his marriage and he’s got a big hole in his soul. What’s the last final scene with Don Draper? He is going to go back and be a New York ad man. He is a seducer of women, he has a problem with his relationship with women and he’s got a big hole in his soul, right? So it’s not hard to know the ending of your TV show because it’s going to be the same as your beginning. There really is not. Unless it’s a miniseries where like TRUE DETECTIVE where season one Rusty and Marty change incredibly because that’s a movie basically (remember miniseries are long movies) you’re always just going to be in the same place. So knowing the ending is not hard. You’re going to be in exactly the same place as you were in the beginning.

BUFFY THE VAMPIRE SLAYER is still slaying vampires and is not happy about it. [Danny] Glover in ATLANTA for however long ATLANTA goes (unless he just wants to say “Screw You!” I’m not going to do what you expect me to do), his character is still going to be bumping along feeling like a loser at the very end of ATLANTA.

SNEAKY PETE same thing. SNEAKY PETE is still going to be conflicted by having a family versus being a con artist, being alone versus being with his family.  I don’t care how many seasons you have. So it’s not hard figuring out where your television show is going because it’s going nowhere. 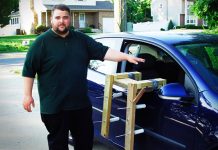 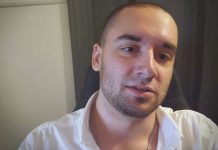