Home Acting Rejection For An Actor Is Painful But It Isn’t Personal by Bill...
Share
Facebook
Twitter
Google+
Pinterest
WhatsApp
Linkedin
ReddIt
Tumblr
Film Courage: I love what you said about rejection. Because sometimes when I’ll watch an interview or I’ll read about an actor or a writer or musician, I find some of them that have really thrived they had a very painful early rejection. And I’m just wondering, does that almost…because you had that first early rejection, any new rejection is just “Oh, okay? A casting director didn’t like me? I’ve had worse rejection, so what could be worse?” I see this sometimes. I’ve actually looked at a lot of people’s lives from the point of that person I really admire, they grew up in a tough situation and I’m wondering if that almost helps in some sense?

Bill Duke, Actor, Director, Producer, Author: I think your ability to deal with pain, how you deal with that, determines your life journey. Every rejection is…this sounds crazy but every rejection is painful, but it’s not personal. Because the 20 people before you were rejected also. And they weren’t rejected because they weren’t talented. And you may be more talented than the person who got that job not because they are more talented than you are but because (and this is going to sound crazy) because if you had 50,000 social media followers and they have 5,000,0000, guess who has a job? So it’s not personal and it’s not meant to be personal. It’s business. They put 50-60 million dollars into the movie, you may do the scene very well but the other person is going to bring 5,000,000 eyeballs. So just suppose 10 percent of them buy tickets, that’s 500,000 tickets on opening day. And you know it sounds harsh but I have a question…if you put 50 million dollars or 150 million dollars into a movie, would you be interested in the ROI in your investment?

I mean you may love Henry but if Sam can bring you 50 million eyeballs for the 150 million you spent, you’re going to think about it.

So we think they are mean and horrible people…no…no…no. They’re businessmen. 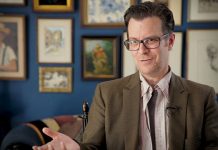 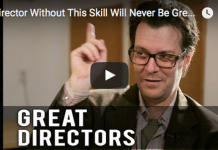 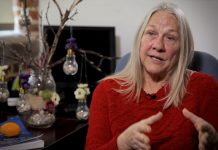