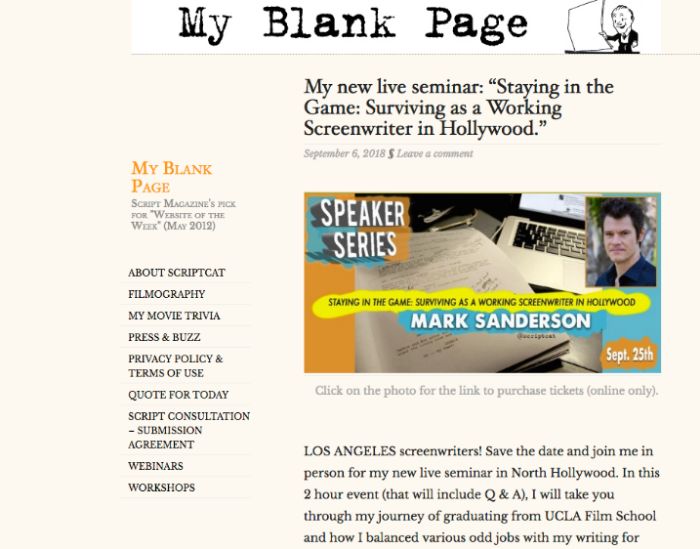 I’m going to break the night down into five categories and just talk about the life of a working screenwriter because I think a lot of people think it’s glamorous (which it’s not). It’s a hell of a lot of work just to get anything made on any size screen on television or features.

And the key (which is why I called this Staying In The Game) is everybody has this concept of making and I did too when I went to UCLA Film School and I always thought making it was we graduate and someone would hand us a three-picture deal out of college, which obviously was not the case.

It took me 6 years after film school to land my first professional job of which I was fired 6 weeks later. And it was around Christmas time, so you can’t write a worse scenario than that. I had waited tables for 10 years and done various odd jobs just to get through college.

And I only said that I was going to quit that job (the waiting tables) if...(Watch the video class on Youtube here).

PLEASE JOIN US FOR NEXT FILM COURAGE CLASS – LA Writers and Creatives! Join Film Courage and Pamela Jaye Smith for a 1-Night Only Class – MYTHIC CHALLENGES: Create Stories that Change the World on Tuesday October 23rd at 7pm in North Hollywood. 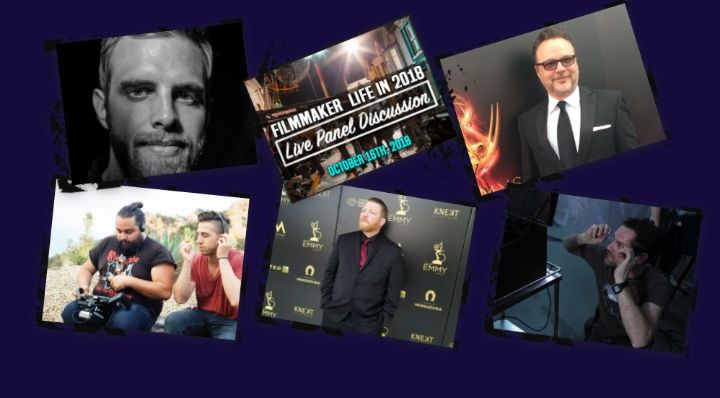