My name is Nicolás Rojas Castro. I’m an independent filmmaker from Chile. And I knew pretty early on that I wanted to tell stories, hopefully make movies, I was like 13 I guess.

And I went through high school and everything and then I went to a pretty humble university called Viña del Mar University where I studied cinema (it’s like a film school) and I had pretty good teachers (like screenwriting teachers) and history teachers and cinema teachers who taught you more the craft than to appreciate the art itself. And in doing my University days, I made a couple of short films and I ended up in my career with a very ambitious project. It was a very big movie about a real life case that happened here in Chile about some psychopaths. I actually shot 20 minutes of the movie and turned it into some kind of teaser and went to the contest that the Government has to finance films and I didn’t get it but I guess that was good because it was a really big movie for me to take. I was 22 and really young.

But I got the opportunity to work with great talent like big talented actors and I had a great script and that kind of opened up something for me that when I finished the University I went on to make independent short films which went to a couple of festivals and got a few awards. A year after that I set out to make my first feature. I went to a lower scale of feature and in the summer of 2013 I shot it. It’s called DISTANCE (DISTANCIA) and I premiered it in 2015.

In the meantime, when I was in post-production of that film I switched cities and I came to Santiago which is the capital of Chile and started a job at University in a department where I was in charge of making original content developing a series of micro documentaries and it has ten episodes. It’s about different crafts that we are losing with time like shoemakers and bicycle makers and stuff like that.

Then I made another project that consisted of grabbing a few independent musicians from Chile (a couple of them songs from theirs) and gave them to illustrators, painted a picture of the song in a canvas and that became a series of music videos that was along with along with the museum exposition of the art itself.

Then I switched jobs and now I’m a director of video content in big local radios from Chile where I direct commercials and make projects. Recently we premiered a documentary about live music.

I guess the problem currently and what has always been the issue for an independent filmmaker is making the time to actually do the work. To pull off your own projects (it’s hard when you have a day job). Lucky for me my day job also consists of having a camera on hand and trying to develop stories so I’m not that away from the craft itself but it’s still an issue to make time, to get home and sit down and actually get something written down for a project that you’re trying to pull off on your own.

Try not to let the day-to-day issues like work, family, love life or whatever can come up to get in the way of what you’re trying to do because you actually have to be in a very peaceful sort of mindset to actually get something done…(Watch the video interview on Youtube here).

Nicolás Rojas Castro is an independent filmmaker and writer from Chile. He premiered a short film called “Esperar” on 2012 and shot his first feature “Distancia” in 2013 at age 24. He premiered it in 2015.

In 2018 he directed a micro documentary about architect and photographer Paula Monroy, which granted him second place in the Filmic Pro One World Contest. He also directed a documentary about live music with the anchors of Sonar FM, one of the biggest radio stations in Chile where he currently works.

He is currently writing the script for his second movie. 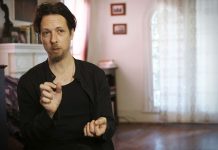 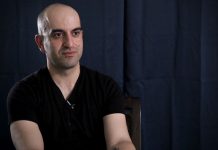 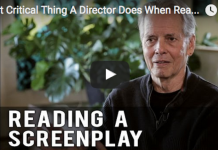 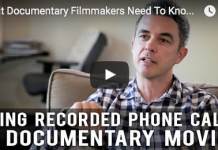