Film Courage: I’d love to hear your story in terms of a certain film that made you want to be a writer, your choice in a college major?

Erik Bork, Screenwriter: When I was in high school the film THE WORLD ACCORDING TO GARP had a big impact on me. It was about a writer whose mother was a nonfiction writer and my mother was also kind of an aspiring nonfiction writer (very different from that character). But still that was the first movie that I was like there’s something that I related to in that movie that was different from any other movie I’d ever seen. It made me think about somebody wrote that, which was a phrase the Writer’s Guild used in an ad campaign once to get respect for writers Somebody wrote that.’They had all these lines of dialogue on Billboards Don’t forget, a writer wrote that. An actor didn’t just come up with that.

But anyway THE WORLD ACCORDING TO GARP had an impact and I think when I went to college I knew I wanted to pursue something creative that involved writing whether it was fiction or screenwriting or maybe even music and so after a year or two I settle in on becoming a film major and maybe trying to become a writer/director because a lot of my favorite movies at that time were writer/director movies like Woody Allen movies of that era like late 70’s or 80’s.

I pursued being a film major at my undergraduate in Ohio which is my home state and got a four-year degree, BFA in motion picture production which guarantees you a job in the industry immediately when you show up with that.

“When they say you have to move to Los Angeles to be a screenwriter, you don’t have to but it helps. One of the main reasons it can help is if you’re the kind of person that gets a job in the business where you are around people doing what you want to be doing…”

I just decided I was going to movie to Los Angeles and become an assistant because I kind of knew that whole starting in the William Morris mailroom kind of thing that I knew was the thing you could do where people had moved out to LA from Dayton, Ohio where I was from before me who’d gone to film school before me who had these kind of jobs working as assistants at the studios and stuff.

I decided that is going to be my path. I’m going to get a day job will be one of those kind of jobs where I’ll be like a secretary and I’ll just be writing on the side and so that’s what I pursued and was lucky enough to get into the Fox Studios kind of in-house temp pool where somebody in the Human Resources department had all these temps that every day they would assign to these different jobs throughout the studio where they needed somebody to fill in for a day or a week or a month or whatever because some assistant was on maternity leave or was sick or had just left and they hadn’t replaced them yet.  I got my taste of all these different jobs through 20th Century Fox and the Fox network.

You know everything from Legal Department to accounting and finance, very corporate departments but also some of eventually the more creative side where you are working on a TV show for a production company, which is of course what you really want if you’re an aspiring writer.

And so I did that for a number of years and eventually got assigned to Tom Hanks (his production company) just as a temp which turned into a full-time assistant job working there where it was basically him and his main assistant who went with him on location and had been with him for years. I was like the guy in the office answering the phone and opening the mail and he was off shooting FORREST GUMP for five months at one point on the East Coast. I was the only one there in the office kind of holding down the fort so to speak at his little production company that was based at Fox at that time.

So while I was doing that I was writing scripts on the side and I had worked as a writer’s assistant on the show PICKET FENCES right before I worked for Tom Hanks and got to know other people at my level, other assistants which is a really helpful thing to do. When they say you have to move to Los Angeles to be a screenwriter you don’t have to but it helps. And one of the main reasons it can help is if you’re the kind of person that gets a job in the business like that where you are around people doing what you want to be doing and you meet people at your level who are also trying to do the kind of things you want to do and you can help each other. That certainly worked out for me because I switched from writing features on spec to I took a class at UCLA Extension Writer’s Program where I have taught now in recent years myself on sitcom writing.

I started writing a spec script for the show FRASIER in that class and then when it was done I showed it to this friend I’d worked with on PICKET FENCES. But also an aspiring writer who had just gotten an agent and she liked the FRASIER and was willing to show it to her agent. The agent liked the FRASIER enough to want to sign me. I got this agent while I was working as an assistant for Tom Hanks and this agent functioned kind of like managers do now. Managers weren’t such a thing back then where she was giving me notes.

She’d sign me off but then she’d immediately wanted me to rewrite it with all these notes she gave me before she would send it to anyone. Then after that was done she had me start my next one which was MAD ABOUT YOU and after that of FRIENDS. I was pumping out these sitcom spec scripts because in those days when you wanted to work on staff at a show in the 90’s, they more valued specs of existing shows. Whereas nowadays it’s original pilots that writers tend to use for writing samples to get into TV writing (you know a staff job like that) which is normally how you get in, you get hired as a staff writer on a show if you’re one of the lucky fortunate few. That was the direction I was headed but I still had the Tom Hanks great sort of assistant day job. I was starting to think Eventually I’m going to be a professional writer and I’m going to have an agent. She’s sending my stuff out. I’ve got some meetings here and there.

But then things took a funny turn (an amazing turn) which is that one day Tom Hanks read one or two of those scripts because his assistant who I worked kind of under had recommended Oh you should have Tom read your…it would be fun, whatever. I was never going to ask him to read my stuff or help me in any way because I knew this was my job. He’s not there to help me do that. And he apparently liked the one or two scripts he read and decided that I had talent and he told me my talents were being wasted and he offered me this amazing life-changing promotion.

The week of my 30th birthday, I had a wife and kid and she was a teacher and I was making 700 dollars a week (I think something like that?) so it was a really good time to get a promotion where I was going to help him basically develop this miniseries he sold to HBO as executive producer which was FROM EARTH TO THE MOON, about the Apollo Space Program. He’d done the movie APOLLO 13 and was a life long space junkie, at this point was the biggest star in Hollywood. He’d gotten to that point by then and so he was able to sell this idea for a miniseries, a very expensive 12-hour miniseries where he would dramatize and recreate the entire Apollo program, right (all these other missions).

Then I helped him kind of figure out the sort of outline for that and find writers to write the episodes. You know, professional screenwriters that were already established unlike me. But eventually I got to write one of the scripts and then eventually that script became a decent script because it took a long time.

And then I got asked to help rewrite some of the other scripts. So by the end of that production FROM EARTH TO THE MOON I had kind of been an apprentice producer on the whole thing so I got a co-producer credit on the whole thing and I had a writing credit or pieces of a writing credit on several episodes and I just like learned all this stuff from being on it from beginning to end and being able to be kind of in the middle of it because I worked for Tom and he was the executive producer so I was on set, in the editing room and did everything or watched everything.

When it won the Emmy for the best miniseries and all the other big awards, I got to share in those awards because I was one of the producers, that was really how I got my start.

I was very fortunate in that the first thing I wrote professionally not only got produced, which you know most things the writers get paid to write still don’t get produced, right?

You can make a whole career writing things that don’t get produced. Not only to get produced but I was a producer on it and it won these major awards for being that so it was kind of a fairy tale beginning of a career that I owed Tom Hanks and to sitcom writing. Which you wouldn’t think translates into historical drama about the space program but I somehow managed to figure out how to write for that series even though it wasn’t the kind of stuff I was doing on my own.

Questions For The Viewers: What do you like about Erik’s story?

About Erik Bork:
Erik Bork is a screenwriter best known for his work on the HBO miniseries BAND OF BROTHERS and FROM THE EARTH TO THE MOON, for which he wrote multiple episodes, and won two Emmy and two Golden Globe Awards as part of the producing team. Erik has also sold series pitches (and written pilots) at NBC and FOX, worked on the writing staff for two primetime dramas, and written feature screenplays on assignment for companies like Universal, HBO, TNT, and Playtone. He teaches screenwriting for UCLA Extension, National University and The Writers Store, and offers one-on-one consulting to writers.
BUY THE BOOK – THE IDEA: The Seven Elements of a Viable Story
for Screen, Stage or Fiction by Erik Bork
https://amzn.to/2p3cJVG
CONNECT WITH ERIK BORK
Flyingwrestler.com
IMDB
Facebook
Twitter
Advertisement – contains affiliate links 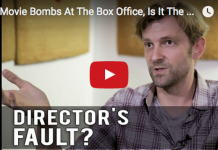 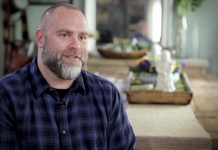 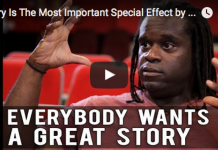