Film Courage: What are the biggest mistakes you see new screenwriters make for a screenplay?

Dr. Ken Atchity, producer/author:  What do you mean?

Dr. Atchity: Um…because the biggest mistakes are usually their personalities.

Film Courage: Of the actual writer?

Dr. Atchity: But that aside, I think the biggest mistake is over-explaining and not knowing how to tunnel the background of the story into the story, instead of laying it out. Like we just developed a brilliant screenplay the last several years in which the opening conversation just is not convincing because there is no other explanations for the words in the conversation other than explaining to the audience than what is going on. And that’s a hard-to-avoid mistake because you know you’ve got to explain what’s going on. But if you do it overtly the audience is not going to believe the dialogue. They are not going to be able to suspend their disbelief.

So you have to sneak these things in the story at times when they’re needed and not too-much-too-soon.

One of the common mistakes, the root mistake beneath that mistake is thinking that the audience is not as smart as they are. It’s looking down on your audience. Because respecting the audience is essential to good storytelling. You have to believe in the audience.

Imagine sitting on the country porch and telling a story with no audience, right? I find that very hard to imagine because storytelling is about audiences. You can immediately start telling the story if even one person shows up. But sitting there and telling it by yourself? That isn’t what a story is.

So if one person shows up and it’s Jackie, you are going to tell it differently than if Sally showed up first. And if Sally and Jackie are there together, you are going to tell it differently than either one of them by themselves. That’s just the nature of communication. So not respecting the audience or not realizing that it’s all about the audience is probably the biggest mistake. And it takes awhile to get out of that mistake because the only way you can get out it is through constant feedback that tells you it’s not necessary.  Because someone once told me an editor is a person who tells a writer when to stop writing and I thought there was a lot of truth to that. Because how is the writer going to know unless somebody says You don’t need that.

And I think that is often the case with screenwriters is they put a lot of things in that they don’t need. We need much less then we think we do. We don’t need a scene to come to an end, it’s okay to cut out of it…(Watch the video interview on Youtube here). 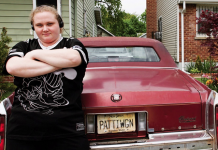 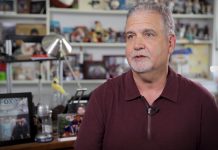 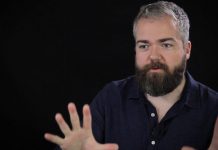