Film Courage: Do you think it’s a mistake for a filmmaker to think about distribution after they’ve made the movie?

Mark Heidelberger, film producer: Yes. I absolutely, 100 percent think it is a mistake to only start thinking about marketing and distribution after the film is done.

And again, I’m going to say more things that are going to piss people off…is I really think the film schools have it all wrong.

I mentioned that guy that I spoke with recently who I just feel like I wouldn’t get along with and he’s one of these guys who is I’m just doing it for the passion.

I read an article a couple months ago and it just…oh my God…my head…it was like a cartoon my head was just like [makes a loud noise as if steam is going out]. I was so annoyed with this article.

And I’ve told filmmakers that I’ve worked with, the smart way to do it is (and they always have a script that they really want to do) and I say have you considered your audience? Have you considered whether there’s an audience for it? Have you considered how you are going to get that audience? Have you considered how big that audience is and whether it justifies the budget you want to spend and etc., etc. Have you looked the market and seen what other films are just like it in the market, how over-saturated it is? I can’t tell you how many times I’ve heard people say I’m going to do horror because it’s so cheap. So you can make a bunch of money off of it but you are only considering one thing, you are only considering budget. You are not considering drawbacks of horror like when you go to AFM [American Film Market] there are 18 other films with posters that look exactly like yours, all competing for that same shelf space or that distributor who only has a budget to acquire so many films.

You are not considering the fact that a lot of name talent doesn’t like to do horror, which I was up against on my latest film THE BASEMENT. Even casting directors know that, a lot of casting directors don’t want to touch horror because they know a lot of name actors just avoid horror movies. Which is why so many times you see horror movies with nobody in it you really recognize. Unless it’s like really smart, different kind of horror, maybe you see some people take a chance on it.

But they are not necessarily looking at it like a business. I tell people there is no other industry in which you would spend millions of millions of millions on R&D and developing widgets and mass-producing widgets I’m going to set up a big manufacturing space (a big warehouse), I’m going to make widgets and I’ve got this whole staff of people boxing up widgets. And then when I’m done I’m going to have this whole warehouse of widgets. And then when I’m done I’m like Okay, now let me figure out how I can sell these.

No, you identify a need in the market. Like hey…people are renting or buying these kind of movies and there is definitely an opportunity here. And I have a great story I think I can tell within that. And consulting with distributors and sales agents that know the marketplace. And if you’re afraid to get the distributors and sales agents involved early and find out what the market looks like and what buyers are looking for and what budget ranges those pictures are in and which ones are making money, if you don’t to do that and then you make a picture and make no money, you know you really don’t have anyone to blame but yourself.

It’s absolutely the end use and the marketing, distribution and publicity, festivals all that, you should be looking at that from the beginning, from inception of the story. And so a lot of times it falls on deaf ears. I always advise filmmakers You should get sales agents and distributors involved from the get-go. I’m not saying it’s going to make it fool-proof that you are going to make a return-on-your-investment because of that, but it’s going to (I think) get you a lot closer. Are they always right? No. I mean they can be wrong, as well. But they know a lot more than we do. Just like you trust a DP to shoot the picture because he knows more about lighting and camera than you do. Or an editor because he knows a lot more about cutting than you do. Distributors and sales agents know more about selling in the market than you do. And so if you want some chance at getting some sort of better return, involve people that know more about what they do than you do.

And I say this all the time when I hire people. I say Look, I hired you because you know more about what you do than I know about what you do. So I’m going to tell you the result I want. I’m going to tell you when I want it by and I’m going to tell you what resources I’m going to give you to give me that result. And if you say I can do it. I’m going to say Great, go do it then. And I’m here to support you, you tell me Hey I need you to do this or that as long as it is within those parameters, done. If there’s a problem, we’ll fix it and we’ll make sure it doesn’t happen again. So trust but verify, but I don’t stand over their shoulders making sure…I hired you because this is what you do and you’re better at it than I am. So go do it. And the crew loves that. The sales agents and distributors, treat them like part of your team because by the time people have made their movie and come to the distributor, the distributors are like Well there is not much we can do with it now. We can try to craft a marketing campaign. But if you had this person in it and if you had only spent this much and if you had done these things with the story, we’d be in a lot better of a position. Now all we have, we didn’t have any say in the story or script, we didn’t have any say in the casting, we didn’t have any say in the budget, now all we have is the marketing campaign. But we’re stuck with the movie we have, there’s not much we can do with it now. So I am absolutely a fan of people getting distributors and sales agents or talking to them, producer’s reps. Whoever you can that knows the marketplace, get them involved as early as possible.

Question For The Viewers: What is your reaction to what Mark is saying in this video? 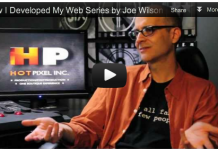 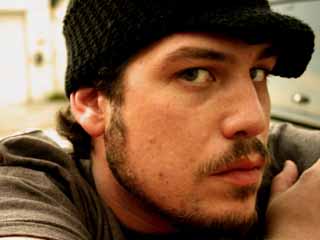