Film Courage: Is there a chapter [in Ken’s book WRITING TREATMENTS THAT SELL:  How To Create And Market Your Story Ideas To The Motion Picture and TV Industry] that you were surprised where people commented on or they had questions about? Is there a point in the book where it’s a topic of conversation more so than others?

Dr. Ken Atchity, author/producer:  You know I’d love to say that there is, but honestly we’ve got a pretty strong response (positive response) to the whole book.

I think the parts that make people the most curious have to do with our analysis of a movie of the week. When we first wrote the book there were a lot of movies of the week in which we talked about the seven-act structure of the television show.

The seven-act structure and there is a three-act structure to story…all stories have a three-act structure. But in the Renaissance (for example) stories had five acts and that’s because they divided the horrible act-two that everyone hates. I call it the The Serengeti Plain because it’s the hardest part of the writing. They divide it into three acts and now there’s a five-act story and it’s easier to write because each act has a beginning, middle and an end. And each act can be subdivided into twists and turns and scenes.

Television goals goes even further and it makes it seven-acts and that’s because of commercials that have to come after each act, etc.

So people were curious to see that, but when they saw that the executives at the studios actually had a chart…(Watch the video interview on Youtube here). 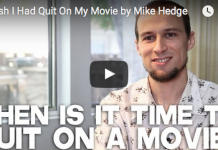 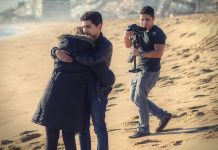 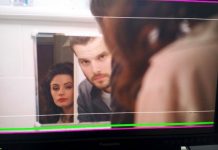