Number One. No actors (for the most part and some actors which it’s just that there is ego is out of shape) believe that acting is about talking or speaking their lines.

They have no understanding of the art of listening. We are having a conversation. What a conversation is, you speak. I listen closely to what you’re saying because I want to respond to your question.  Most actors have memorized their line so no matter how you say it or what’s anything, they respond with their line.

On camera it looks like now what a minute, she was crying?

No, no, no…she was crying when you gave her the flower?

“Hey Becky, want to go to the promo?”

We’re going to have a long talk in the corner, okay?

You are doing a monologue if it’s just you. But there are people’s egos that are just so large that you’re not even there. So it’s like that’s how good they can be and that’s annoying as hell.

The third thing is nerves. I mean I’ve literally seen…I’ve had to stop shooting a scene because in the middle of the scene the actor was sweating so badly that we had to cut.

When I say sweat, I’m talking about [motions all down the face] because internally they are so worried about the fact that they are not doing it right that they just…something internally happens and they are just terrified.

So as a director you get a call and you give them…make sure that they know they are protected. You’ve got to give them assurance because acting is responding, it’s surrendering.  It’s not holding on to safety. That’s easy for me to say but try it sometimes. Try going in and trying to do it and you don’t know how it’s going to turn out. You ask

You don’t know how it was because you were involved in it and not knowing what to do is…we’re not feeling safe that you’ve done it well. It’s a challenge.

Film Courage: Well, they say having a big ego and a small ego is pretty much the same thing, it’s just sort of different ways of dealing with it?

Bill Duke: Having a big ego I think is a sign of small self-regard. Having a small ego is similar.

I think…I forgot his name but Wayne Dyer (I love Wayne Dyer)? He said “The key to having a great life is to get rid of your ego.” And the audience said “What are you talking about?” He said “Do you know what the word ego stands for? E.G.O.” He goes to the board and says “E. Edging. G. God. O. Out.” He said “Your ego edges God out. And without that force in your life you have nothing but empty accomplishments.” And he says “Try eating those empty accomplishments when you’re sitting home alone because nobody likes you in your mansion.” He said “It’s more comfortable than being on the street. But when you ride by that person sitting on the street, he looks familiar.” 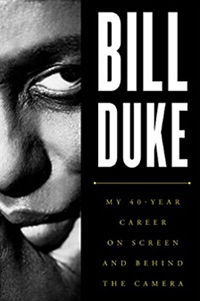 Question For The Viewers: Any other mistakes new actors tend to make on set? 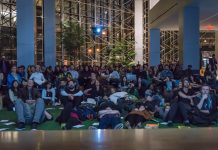 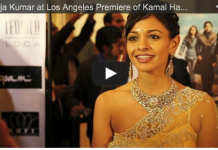 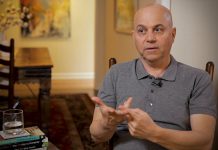 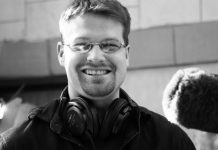