Film Courage: How did you know the story [THE VANISHING OF SIDNEY HALL] was special or maybe you didn’t?

Shawn Christensen: I didn’t. We felt it was special because…I don’t know because when you write a screenplay I think you think it’s special. Whether or not it is special is kind of up to the…you know…Gods of the Future. But we thought it was special…I guess because we enjoyed writing with each other and we enjoyed the story we had built and we had some good plot twists and we liked the non-linear structure and we had written…Jason [Dolan] had written four, five or six screenplays at that point and I had written two. And so when you get to your third script (your third feature script), trust me you’ve learned a lot. And I think us teaming up and his weaknesses and strengths and my weaknesses and strengths really worked well together. He’s very good at things that I’m not and vice versa and so we liked it and we gave it to ten of our friends.

Here’s something that I would advise any screenwriter to do who is starting out. You have a screenplay. Don’t send the PDF to a person and ask them to read it. It’s just…you’re never going to get anything with that. 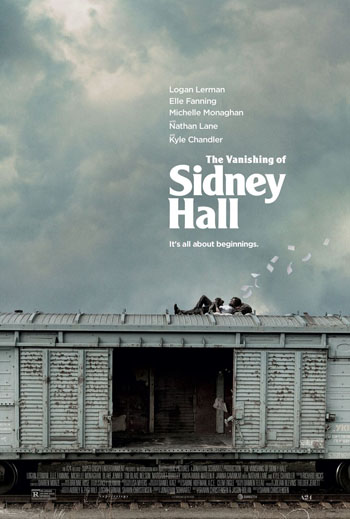 What you have to do is you have to make it a special thing. What we did was we took ten friends, some in the industry, some not (we didn’t know many in the industry). But friends that we trusted and thought they were smart. And we said we have a hardcopy of a screenplay. We’d like you to come over to…(we had an office that my co-writer was working for someone with an office in Manhattan) and we would like you to come over to the office if you wouldn’t mind. We’re not going to stand over you like a funny farm and watch you read the pages or whatever. But we’d like you to read it and we’ll walk away, we’ll be gone for a couple of hours. You can write notes, whatever. You can bash it, we don’t care. We just want like ten different people’s points-of-view.

So that’s what we did. We had ten people read it. They couldn’t leave with it, they couldn’t take it, that way we know they’re going to read it. And we’re not going to stand over their shoulder and then we left the office and came back and then we sit down with them and talk it out with them. We took all of their notes. We decided what we were feeling and sort of where the consensus notes were and then we went right back to it and then two weeks later we had a script that we felt perhaps could be given to people of note.

Film Courage: So you felt that in giving a PDF that it would just sit in an inbox and they would find a reason to say “Oh, you know what? I’m so sorry, I’m really busy.” But by having them there, sitting them down with uninterrupted time, it was just a better way to actually do it?

Shawn Christensen: You know, listen…that’s a fact. Think about it in terms of being on the other side of the coin. If your friend sends a PDF (a hundred-page PDF) of something. And maybe, by the way, you’re not a screenwriter, you’re like their friend, you don’t really read screenplays a lot. It’s a daunting task. It’s a task that…I don’t know how to explain it? You could be excited about reading a screenplay that comes into your inbox, but generally speaking in the age we live in with emails and social media and all of these things for people to get distracted by, to read your friend or your cousin’s or your second cousin’s or your friend’s brother’s uncle’s screenplay or whatever, we felt that no one is going to read our script if we just send them a PDF of it.

Let’s just set a time for them to read it, not be in the room when they read it, but that way they’ll read it and then right after they read it we get their fresh, unfiltered, you know…like feelings about the screenplay. And then if we see things from six out of the ten of them are saying “this is no good,” well then we know that this is something we’ve got to work on.

Question for the Viewers: Do you send out PDF’s of your screenplays? 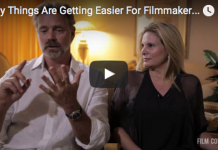 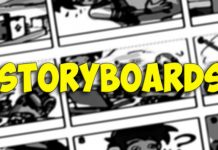 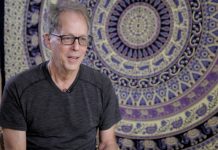