Film Courage:  Lee what do writers need to know about writing for television?

Lee Jessup:  A lot…writing for television, it’s a corporate job, really in a lot of ways.  It is a morning to night regular in-office job granted every office is different.  So you are going to have some rooms where you are in the room for 40-sum odd weeks.  You are going to have some rooms that can mean for three weeks, after which writers go off to write their own episodes.  It works different with every show.

They say that television is significantly harder to break into but easier to create a consistent income in.  So easier to make a living in on an on-going basis.

Film (on the other hand) is easier to break into.  But television really is all about character, theme and world.  It really is about exploring those and examining those in an on-going basis.  Film tends to be more plot-driven.  But things like pitching in the room, being able to present ideas in the room, being able to politic properly within a room in order to promote yourself, all of that comes into play in the world of television.

It’s highly competitive, therefore highly social.  You really have to keep your show runner relationship, your executive producer relationship and your relationship with the network (if you are working in a network environment), fresh and fostered.  It’s really a 365-day-a-year job.  It doesn’t have the freedom of film where you really are kind of….(Watch the video interview on Youtube here). 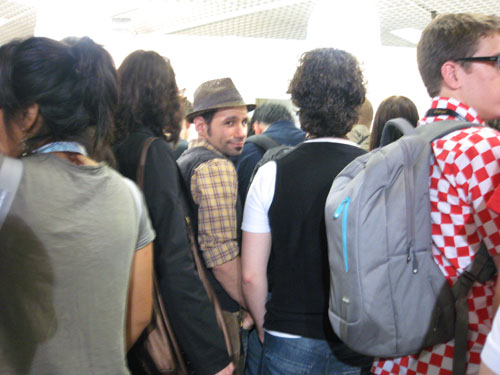