In our opinion, filmmakers are artists, craftspeople and technicians.  The creative process is similar whether you’re making a film, writing a screenplay or engaging in performance art. Below are wise words from some of the art world’s most creative thinkers.  Can you relate to any of these statements?

Here is a beginning excerpt from 8 Artists: Advice to the Young from the Louisiana Channel Youtube http://channel.louisiana.dk/about

“So when I was teaching, this is one of the tests I would ask…’How do you know if you’re an artist?’ (That’s the main question) and to know if you’re an artist or not is like breathing.  You don’t question breathing.  You have to breathe otherwise you just die, so you breathe.  So if you wake up in the morning and you have some ideas and you make them and it becomes like almost a kind of obsession and you have to create and you have this urge to create, you are definitely an artist, but you’re not a great artist, you’re just an artist.  To be a great artist, it’s all different types of rules.  It’s like a physical obsession, it’s like there is nothing else in your mind.”  Marina Abramović

“When I was really young William Burroughs told me…and I was really struggling and we never had any money.  And the advice William gave me was ‘Build a good name.’  You know, keep your name clean, don’t make compromises, don’t worry about making a bunch of money or being successful.  Be concerned with doing good work and make the right choices and protect your work and if you build a good name eventually that name will be its own currency.”  Patti Smith

“The only advice I have is probably things that a lot of young musicians and artists already know.  That although some of them may have the ambition to be the next Jay-Z or the next whatever, whatever it is.  The number of those artists who are successful that way are very, very small and often artists who are very successful that way they…they don’t have much flexibility.  In achieving success they kind of lose a lot of their creative freedom.  They have to keep making the same thing more or less over and over and over again.  If the musician or artist values their freedom and the ability to be creative then they have to maybe realize that they won’t be making hundreds of millions of dollars, they might be making less money but they might have more artistic satisfaction.”  David Byrne

“I wanted to be an artist that would actually affect people’s lives and change people’s perception of things.  I didn’t want to make pretty pictures.”  Tracey Emin

“With me, I won’t make art if I don’t feel them…Making art is not a way to get rich quick, I promise anyone.  It’s a slow process and you have to really trust and believe in what you do.  If you don’t believe in what you (yourself) do, no one else will.  And at any time that falters (that feeling), what you put out then is fake.  It’s not real.  So I’d rather not make anything.  I’d rather do nothing and just be than make things for for makings sake.” Tracey Emin 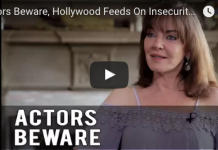 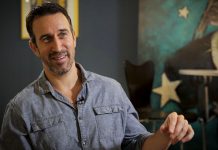