Why Opposites Attract – Essentials For Writing a Romantic Comedy

Film Courage:  In a romantic comedy it seems like each character, each partner of this “dance” is missing something in their lives.  And they see (at some point) this other person will basically cure them of this missing piece.  As viewers, why do we resonate with this them and why is it so common in romantic comedies?

Pamela Jaye Smith:  There is another wonderful greek myth that says that originally humans were both male and female together.  And we had four legs and four arms and two heads and we were joined.  But with all those limbs, humans were able to start climbing up Mount Olympus and were able to start challenging the gods.  And God said “Oh….this will never do!” and so they tore humans apart.  And male and female were separated.  And since then it is the nature of our yearning to try to reunite into the one form. So that is how a mythology set it up. What we are trying to do in romance is find that missing part of ourselves.  What I think is interesting is that some people are trying to find that thing that will compliment them because they don’t have it.  And then there are those instances where somebody says “Oh you’ve got that so much more than I do.  I’m going to look a whole lot better than you by comparison.  If I’m cynical but you’re more cynical, that’s going to make me look like the good guy!”  So some of those romantic comedies have that sort of mechanism in it.  But I think basically what most of us are looking for in our romantic situations is a completion.

“If you get two positive poles together, what happens?  Nothing!  They repel each other.  But you get positive and negative together and then you get sparks.  You get the magnetic pull.  So I think that part of why opposites attract is built into human nature.”

What we see in our romantic relationships is often said to be a reflection of our relationship with our higher spiritual selves or with the cosmos that we connect to life through each other.  That we connect to the one life by relating closely to one person.  And so the alchemy of love can actually, truly lift us up.  And that this is what a lot of us are looking for, even if we’re not conscious of it.  But we are looking for that bliss, that nirvana within our love relationships.  And you may have heard some version of this where people say “We kissed and the world disappeared and we became Gods.”  And you go “Oh, yes!  Please! That’s wonderful.”  One of my favorite authors Lawrence Durrell (the British author) of The Alexandria Quartet, which is all about love.  And one of his characters makes a note and says “In loving Justine I was loving all women because she stood for the female.” And so I think that is what we do, too.  Even if we don’t realize it and we go “I love you!” we are also loving the essence of love. 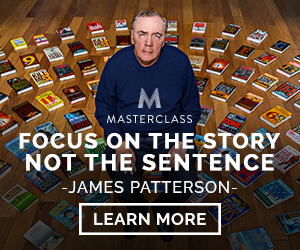 Film Courage:  Why so often do opposites attract?  Why is it so often their is a play between the hero worshipper or the shy admirer?  And the Type A sort of…I mean I’m thinking of the movie JERRY MAGUIRE.

Film Courage:  Which film I absolutely love.  But this is a common scenario.  Whether one is the male or one is the female.  You can switch roles as to who is the hero worshipper.  Why do we as viewers love this scenario so much?

Pamela Jaye Smith:  I think we have to go back to evolutionary biology and evolutionary psychology to truly answer that.  In small groups of people, you do not want to have too much interbreeding because it’s not healthy.  So you need to stir up the gene pool.  And so there’s a phrase ‘The Brother or the Other.’  You’re going to get a better immune system and offspring if you’re not mating with your relatives (if you go for the other, that which is different).  So you take that on up to modern times and we’re still being influenced by that.  We still see the other.  The person who is different from us as more of a potential mate.  A lot of that is just our biology psychology from 200,000 years still working on us.  But I also think it is part of the wonderful magnetism of passion and of sex.

Regardless of what gender the body is, to have the positive pole and the negative pole, that’s when you get magnetism.  If you get two positive poles together, what happens?  Nothing!  They repel each other.  But you get positive and negative together and then you get sparks.  You get the magnetic pull.  So I think that part of why opposites attract is built into human nature.  That is trying to produce the best offspring.  And part of it is also just our sense of adventure.

Film Courage:  Let’s take the (1976) movie ANNIE HALL.  So you have Woody Allen’s character (Alvy Singer) who is self-effacing, he is down on himself and then you have Diane Keaton who is a breath of fresh air.  She’s in a great mood.  She’s very open to life.  Why does this dynamic work?

Pamela Jaye Smith:  Well I would counter and say it didn’t actually work because they broke up.  And she, in spite of her seeming self-confidence, also had some problems with her own self-worth and what she wanted and what she thought she should want.  But yes.  On the surface they are opposites.  And they attract and it’s fun and that is one of the most fun parts about that romantic comedy.  But if you look at it again, I think you’ll see that they are a whole lot more alike at heart, than they are different.  I was surprised at that when I went back and watched it.  With an analytical eye for the book (Romantic Comedies: These Films Can Save Your Love Life!).

Question for the Viewers:  What is the last romantic comedy you’ve watched? 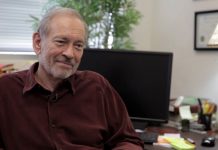 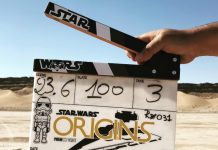