How Does A Screenwriter With No Connections Get A Pitch Meeting? by Scott Kirkpatrick

Film Courage:  A lot of our [screenwriter] viewers ask about pitch meetings and how to acquire one.  How does someone get a pitch meeting at your company?

Scott Kirkpatrick:  Well DRG is a bit different where we are mostly co-producing with major networks or major production companies.  So there is already an established relationship there.  And I guess that’s sort of the key point in terms of how do you begin that process (how does one open the door to get that kind of open communication with an acquisitions team or development team).  So not just at DRG, but any company you kind of have to understand what that company wants, what they work with, what they like, what genres of content they like to work with, getting a sense of who their key clients.

“If you’re going into a company and attempting to build that initial ‘let’s see if some of my ideas are going to work well and we can get something going.’  You have to first understand what the company does, what it is they like to work with, what media they’re actually in need of, and then the best way to get a pitch meeting is to poise your kind of introduction as a way of being able to serve their needs to help them accomplish their content goals.”

For instance at DRG we work a great deal at Netflix, RLJ Acorn where there are specific networks that we have great relationships with.  When I was at MarVista Entertainment, we had great relationships with Lifetime (LMN), Disney, Nickelodeon.  So at MarVista we were producing content that was kind of catered toward those audiences (Ion Networks and a few others) and at DRG we have a different set of companies that we work closely with that we just have a library of media that works well with those.  So our acquisitions team has a different mandate than what the acquisitions teams at MarVista had.  So if you’re going to go into a company and attempt to build that kind of that initial ‘let’s see if some of my ideas are going to work well and we can get something going.’  You have to first understand what the company does, what it is they like to work with, what media they’re actually in need of, and then the best way to get a pitch meeting is to poise your kind of introduction as a way of being able to serve their needs to help them accomplish their content goals.

So if they’re looking for women-in-peril films, if they’re looking for action films, going into those companies, pitching those two scripts are going to be great.  If you go in pitching stuff that has nothing to do with their core values of the company in terms of what they’re identified with in the marketplace, you’re not going to get a warm reception.  It’s just they’re looking for ways to satisfy finding the content that they need.  So if you can position yourself where you’re kind of answering to that need, it’s the best way to get it.

Film Courage:  I know with MarVista [and your 2015 interview series with us there] we talked about the ‘Goldmine Genre’ and it was Women-in-Peril or Tween Comedies or things like that (films that were lighter in content).  It sounds like with DRG some of the darker topics/films such as the Norwegian noir is more acceptable.  So it’s finding out what a company a writer would potentially like to pitch to and what they represent.  So maybe a Tween Comedy wouldn’t work for DRG?

Scott Kirkpatrick:  For DRG a teen comedy wouldn’t work at all.  Two years ago when I was at MarVista I would have jumped up and down if you gave me an opportunity.  It’s because the mandate of the company is different.  There’s just a different need.  And in addition to dark, Nordic noirs and other deep serious scripted content we also have a great deal of one-off factual films.  This is stuff that at MarVista would never work but we have a massive library of one-hour documentary type programs that do amazing in the digital space.  We have a great collection of game show formats.  We have a great collection of what we call lifestyle programming where it’s cooking and DIY type stuff.  It’s a totally different library.  Every company has a completely different package that they’re selling to the marketplace.  Distribution companies to be successful, they need to be kind of branded as one thing or another.  Because they are branded that way, it attracts certain types of buyers in the international marketplace.  There are only so many channels in the world, there are only so many media buyers in the world, and they all have limited budgets.  So distribution companies have to position themselves to be different in the marketplace and so they develop a kind of streamlined system of this content works really well because we’re able to transact on it easily.  Let’s get more of that.  That’s kind of how they think.  So to go in (not just a pitch meeting) but if you want to showcase your script, if you want to be a producer and produce content and get hired by a company to produce content for them, you have to be able to position yourself to that company to say “I already do stuff like that, therefore I can help you out.”  You know what I mean?

Film Courage:  Right.  So almost back engineer it where a filmmaker knows that their film fits into this category and then see who has distribution that is similar to their film?

Film Courage:  But then can they simply call up…you said that there are already established relationships.  I’m just curious.  It’s interesting if I was a filmmaker and had (let’s say) a noir thriller that I wanted to have considered, it sounds like that’s not the channel or the proper way to go about it in terms of this.

Scott Kirkpatrick:  Reverse engineering is exactly the way to do it.  It’s just if you already have a script, if you already have a film, or if you just have an idea or a treatment or anything along those lines that you’re trying to get out into the marketplace.  First off, if you’re only at the treatment stage I would try to package it or get some other elements in there.  But going to a distributor that is in alignment with what other project you’re trying to pitch, that is how you begin that introduction of this is how we can start process of being in regular conversation about this topic and potentially future ones.  It’s walking in the door by reverse engineering it in the sense of “I know this company works in these two genres or three genres.  My project fits that very, very well.”  Focusing on the companies that fit that and then talking to them basically saying “Look, I know you produced this stuff (Watch the video interview on Youtube here). 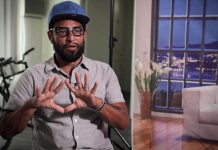 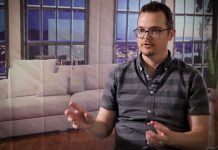