Film Courage: Chad how old were you when you knew you wanted to be an actor?

Chad Lindberg: I knew I wanted to be an actor at a very young age. I was always making movies with a video camera that was like this big [motions with his hands] back in the day. And always putting on skits for my parents and whoever else would watch.

And then as I got into high school and stuff, I wanted to be a cop, like my Dad. I wanted to be a police officer. So I went to college and signed up to be a police officer, the whole nine yards. And then they were auditioning for a play in high school and a buddy of mine said to me “Hey you should audition!” and I’m like “Geez…I don’t want to audition. No way. No way.” He’s like “Come on! Audition. It’s for Guys and Dolls.”

So I auditioned and I’m not a very good singer. I’m a terrible singer, in fact. But I got a small part and I got on stage and that was when I realized that this was what I was good at. I’m not a sports guy. I was not a football player in high school. Acting was my thing. And then once I locked on to that, I knew at a very young age that this was what I was going to do. Nobody was going to tell me different. And looking back 22 years later, I am really thankful that it happened. It doesn’t happen for a lot of people here that are trying to break into this crazy industry….so…

Film Courage: That’s interesting because I know a lot of people who come from families of many generations of law enforcement. When you drive by let’s say a police officer do you ever think to yourself does it register in your mind like “Hmmm. That could be me right there” had it not been for a couple of changes of events in your life?

Chad Lindberg: No. Because I don’t have that inside of me. I’m not a guy who is going to take down another guy. I’m not a guy who can pull a gun and make a life and death decision. With the exception of a few bad apples, I have nothing but respect for law enforcement and what they do. They are true heroes. Whenever I see a cop, I think of my dad. And I think of him putting himself out there in harm’s way and helping people and being respectful to people, treating everyone with respect. So that’s what I think about when I see police officers and I’m grateful that we have them.

“But I got a small part [in my school play] and got on stage and that was when I realized that this was what I was good at. I’m not a sports guy. I was not a football player in high school. Acting was my thing. And then once I locked on to that, I knew at a very young age that this was what I was going to do. Nobody was going to tell me different. And looking back 22 years later, I am really thankful that it happened.”

Film Courage: Did you feel any pressure though, to take another course?

Chad Lindberg: My parents were 100% supportive of me from the very beginning. Because they saw…they saw that this was what I wanted to do and what I was good at. And a lot of actors I’ve talked to didn’t have parental support. Which makes me sad because that is all I have is their support. Even to this day they are 100% behind me. If I book something that they are a fan of, it’s always really exciting. I remember when I got [a part of the TV show] E.R. and my mom flipped out because it was really big back at the time. And George Clooney and all of this cool stuff. Or if there is a cool action movie my Dad will come and visit me on set. So they are amazing parents and I’ve been so lucky to have their support. This business is very unforgiving in a lot of ways in terms of the rejection and the honesty you get as an actor. So having that support when you fall down makes a difference.

Question for the Viewers: How old were you when you decided you wanted to be an actor or in the entertainment business?

Chad Lindberg was born in Mount Vernon, Washington, USA as Chad Tyler Lindberg. He is known for his work on The Fast and the Furious (2001), Supernatural (2005) and October Sky (1999). 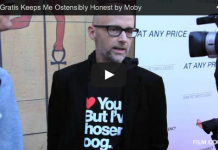 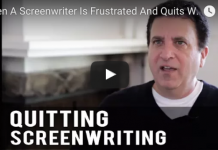