Gary W. Goldstein: There is a wonderful quote…it’s escaping me for a moment from a great science fiction writer I believe it was who said “You can’t allow your manuscripts to gather dust in a dresser drawer…”

Film Courage: Let’s talk about marketing a screenplay. When does it happen? How important is it? How does a screenwriter do it effectively?

Gary W. Goldstein: It’s not important…it’s essential. It’s crucial, it is life-affirming and it is absolutely the responsibility of any talent, any creative to market themselves.

If it’s a writer and it’s a script or a book or some product…time to market it! That’s what you’ve got to do. And here is what most people don’t understand, it should be and it is, fun. If I take that same writer to a cocktail party and I put a drink in their hand and say “Tell these people, they are fascinated by you and what you do, talk about it. They’re going to talk non-stop. You will not be able to shut them up. But if you, on the other hand say, “Ahh…you’ve got a script.” and you’re at home. Pick up the phone and call someone. No. They don’t want to do it. Suddenly marketing is a negative. It’s a bad thing.

“When you ask an agent to represent you or a producer to produce your film, you have to understand there is almost nothing in it for them at the outset. They’re going to invest their time, their belief and their relationships on your behalf for no money. That’s the reality. But if you make it about something else, if you make it about a shared common interest that’s exciting and fun…”

It’s all in how you perceive it. Marketing and sharing your talent with the world should be a joy. It should be your purpose. The problem is, people thing so narrowly. 99.9 percent of writers who have a screenplay ready to go to market. They’ve rewritten it, it’s ready, they’ve tested it, beautiful. What do they do? They automatically think “I need to send it to agents. I need to send it to producers.” Then they stop. The thought ends. Oh my gosh. That does not sound like a lot of fun because who are the people getting all the scripts? Producers and agents. I would look at it and say “Let me research this.” What are the kind of projects that are exciting that have been produced successfully (projects that people love) that are similar over the last handful of years? Whether it’s TV, film or whatever. And I’ll make a list and I’ll do a spreadsheet. And I’ll list the cinematographer and the editor and the script supervisor and the casting director and everybody but the producer and the agent. And I will start calling them and reaching out to their assistants. And saying “I’m calling because…Oh my gosh…You guys were involved with one of my favorite projects of all time. I so admire the work. And I have something spiritually very similar. I’d love your advice. Would you be my 5-minute mentor? Would you play with me on this a little bit?” There are endless conversations you can have. You develop a rapport with people because you share a common interest. That’s the key! And if you can get them interested in a conversation then you can get them soon on the third call reading your script. You’re not asking anything of them. When you call an agent, you’re asking them to represent you. That’s a huge ask! When you send your script to a producer saying “Will you produce this?” Oh my God! That’s the biggest ask of any. Because what that means is the producer has to invest several years on their own dime to create value and make this a reality.

When you ask an agent to represent you or a producer to produce your film, you have to understand there is almost nothing in it for them at the outset. They’re going to invest their time, their belief and their relationships on your behalf for no money. That’s the reality. But if you make it about something else, if you make it about a shared common interest that’s exciting and fun and those people can become your ambassadors and backdoor that script over to that agent or that script over to [another], it comes over in a different package. It comes in a different context. That’s where magic happens. That’s where alchemy kicks in. I could talk about that for about three days.

Question for the Viewers: Are you excited to share a script when it’s finished? 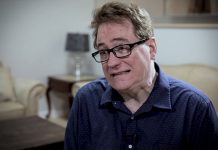 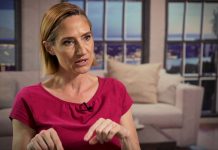