Film Courage: In a nutshell, what are the basic storytelling principles for a screenplay, if you had a list of bullet points?

Jen Grisanti: I would say (for me) it really is the understanding of the wound, the drive and the negative narrative that gets in the way and how the pursuit is one step toward healing the wound. I would say that is definitely one. Another story tool that I use which also goes into the Why is how does the personal dilemma of the central character link to the professional pursuit? And really being clear on if there is a link. And very often, there isn’t a link. You are setting up a weakness or a void that isn’t connected to the pursuit and how the pursuit can be the answer to that void.

“…I think when I first started consulting one of the biggest questions I asked was What Does the Central Character Want? If I don’t know that, the story doesn’t work.”

And then I would say having an active hero who has a clear want is definitely a huge thing that I work with writers on because it’s really thinking about….I mean I think when I first started consulting one of the biggest questions I asked was what does the central character want? If I don’t know that, the story doesn’t work. What I came to recognize when I wrote storyline, I recognized there were a hundred screenwriting books out there. What’s going to make my voice different? And at that point I had been an analyst for 17 years. So I recognized that analyzing is what sets me apart because I know how to do that. This is what my brain has been trained for. And so I got a bunch of Oscar nominated, Emmy nominated and Golden Globe nominated scripts and I extracted a formula because I thought I don’t want to teach writers how to write a good script because that won’t get them staffed and that won’t lead them to sell a script. I want to teach them to write a script that hits it out of the ballpark.

“And that formula which I came upon was that every strong story starts with a trigger incident or an inciting incident as many people term it and it pushes the central character into a powerful dilemma. Then the choice that is made in the dilemma is what defines the external goal for a story.”

And that formula which I came upon was that every strong story starts with a trigger incident or an inciting incident as many people term it and it pushes the central character into a powerful dilemma. Then the choice that is made in the dilemma is what defines the external goal for a story. Every obstacle, escalating obstacle and all is lost moments need to link back to that choice. And when the goal isn’t clear the story doesn’t work because everything needs to link back to, because there are countless features as well as TV shows where in the middle of the story you have no idea what the central character wants, like you’ve lost it. Because the actions and obstacles aren’t linked to the desire and we lose a sense as to what the desire was. So when you do that, story doesn’t work. And very often writers will write a passive hero that isn’t taking action.

Another mistake writers will make is that they will choose the wrong lead. They will develop another character more with regards to backstory and empathy than they will their lead.

Jen Grisanti: So they choose the wrong lead.

Film Courage: If someone is looking at their own story, how can they tell they have a passive hero?

Jen Grisanti: Are they taking action toward the goal? It’s very easy….are they reacting to what happens to them? If you look at act breaks….at the act break the central character should take an action toward the goal, hit an obstacle and then there should be a reminder of the stakes, that is IF the stakes were set up well at the beginning. And the internal and external stakes should be felt at that act break. But many times the act break is something that happens to the central character rather than it being a a result of an action they took toward the goal that led to the obstacle.

Film Courage: How soon should the key desire be revealed within the story?

Jen Grisanti: That’s a good question. End of act one. We should have a clear sense of what the central character wants by the end of act one. And I am always studying story and figuring out how to teach in a way that will connect with the writer. So I go off of the brilliant work being produced. I would say that I have seen the end of act one be on the clear set-up of the goal and that works well. Or I’ve seen act one end on the first action taken toward the goal and the first obstacle hit. So either of those are fine. I would say probably most stories the first action toward the goal is often in act two.

Question: Do you read Oscar or Emmy nominated scripts 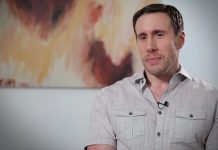