With the rapid emergence of digital devices, an unstoppable, invisible force is changing human lives in ways from the microscopic to the gargantuan: Big Data, a word that was barely used a few years ago but now governs the day for many of us from the moment we awaken to the extinguishing of the final late-evening light bulb. This massive gathering and analyzing of data in real time is allowing us to not only address some of humanity biggest challenges but is also helping create a new kind of planetary nervous system. Yet as Edward Snowden and the release of the Prism documents have shown, the accessibility of all these data comes at a steep price. The Human Face of Big Data captures the promise and peril of this extraordinary knowledge revolution.

The Hacker Wars, a feature-length documentary film, directed by Vivien Lesnik Weisman. Ripped from international headlines, The Hacker Wars takes you to the front lines of the high-stakes battle over the fate of the Internet, freedom and privacy. The Hacker Wars tells the tales of the anarchic troll provocateur Andrew “weev” Aurenheimer, prodigy hacker hero Jeremy Hammond, and incendiary watchdog journalist Barrett Brown — three larger than life characters whose separate quests to expose the secrets of empire hurled them into a fateful collision course with shadowy corporations, the FBI, and ultimate betrayal by one of their own.

In the near future, crime is patrolled by a mechanized police force. When one police droid, Chappie, is stolen and given new programming, he becomes the first robot with the ability to think and feel for himself.

In 2035, a technophobic cop investigates a crime that may have been perpetrated by a robot, which leads to a larger threat to humanity.

Jerry and Rachel are two strangers thrown together by a mysterious phone call from a woman they have never met. Threatening their lives and family, she pushes Jerry and Rachel into a series of increasingly dangerous situations, using the technology of everyday life to track and control their every move.

Jeopardy! challenges even the best human minds. Can a computer win the game?
“Watson,” an IBM computing system, is gearing up for a first-of-its-kind challenge—taking on human contestants on the game show Jeopardy!

7. In Google We Trust

Every hour of every day, our digital interactions are being logged. It’s the age of ‘big data’, and the seemingly mundane information of our daily lives has enormous value. Where does it end? What are the consequences? And who’s looking at our data?

Jacq Vaucan is an insurance agent of ROC robotics corporation who investigates cases of robots violating their primary protocols against altering themselves. What he discovers will have profound consequences for the future of humanity.

In a future where a special police unit is able to arrest murderers before they commit their crimes, an officer from that unit is himself accused of a future murder.

A witty and mind-expanding exploration of data, with mathematician Dr Hannah Fry. This high-tech romp reveals what data is and how it is captured, stored, shared and made sense of. Fry tells the story of the engineers of the data age, people most of us have never heard of despite the fact they brought about a technological and philosophical revolution.

For Hannah, the joy of data is all about spotting patterns. Hannah sees data as the essential bridge between two universes – the tangible, messy world that we see and the clean, ordered world of maths, where everything can be captured beautifully with equations.

The film reveals the connection between Scrabble scores and online movie streaming, explains why a herd of dairy cows are wearing pedometers, and uncovers the network map of Wikipedia. What’s the mystery link between marmalade and One Direction? (Read more here).

Ten Movies on Shopping and Consumerism 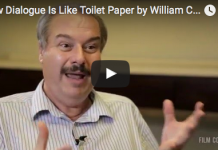 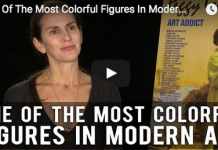