Film Courage: When did you first hear of the 1978 abductions of South Korean actress Choi-Eun-hee and her (then) ex-husband, director Shin Sang-ok? How soon after were you inspired to begin the film?

Ross Adam: I can’t remember exactly when, it was just one of those stories that seeped into my consciousness – a director had been kidnapped to make films! I knew little detail. It was only when I met with Rob that the idea of making a film about it began to form.

Film Courage: How did you meet your collaborator (co-writer, co-director, co-producer) Robert Cannan?

Ross: We met at university. We studied English literature but spent a lot of time watching films together. We have similar tastes.

Film Courage: Was this your first feature film behind the camera?

Ross: This was my first feature film. I was hardly naïve but the tortuous nature of the financing process was still somewhat of a surprise. Orson Welles said that when he looked back on his life, he had spent 95% of his time scrabbling around for money and 5% making films – and that’s Orson Welles! The actual production process can be confounding, too. I had imagined we would film the interviews, assess the archive we had, then do a rough edit and finally shoot reconstructions to fit. It turned out to be almost the reverse of that! We simply did not have such luxury. In fact, we only managed to get the secret tapes translated at the tail end of our edit!

“In the secret tape recording at their first meeting, Kim Jong-il not only seems to admit to his motivations in kidnapping Shin and Choi, but also rather casually blames their subsequent lengthy imprisonment on bureaucratic incompetence. Perhaps admitting to his responsibility for their incarceration would make for awkward conversation. Even dictators must show decorum!”

Ross Adam, co-filmmaker of THE LOVERS AND THE DESPOT

Film Courage: How was the audio from the micro cassettes presented to you? Any technical difficulties in obtaining clean audio, editing difficulties, etc.?

Ross: Initially we were only aware of the one secret tape recording of Kim’s apparent confession. Later we realized how many tapes there were, but it was still a frustratingly slow process to get them translated – mainly due to a lack of funds. It was only when we had all the tapes translated that we discovered Shin’s covert whispered conversation in Japanese – something that became absolutely key to the film. There was also some difficulty in translating Kim Jong-il’s voice. He spoke very rapidly and in a North Korean dialect, so we needed to use a North Korean defector to make them as precise as possible.

Film Courage: What was the most surprising part of this original story for you?

Ross: In the secret tape recording at their first meeting, Kim Jong-il not only seems to admit to his motivations in kidnapping Shin and Choi, but also rather casually blames their subsequent lengthy imprisonment on bureaucratic incompetence. Perhaps admitting to his responsibility for their incarceration would make for awkward conversation. Even dictators must show decorum!

Ross: We shot on a Sony F5/55 with an old Arri Mk1 lens from the 70’s. We didn’t want too sharp a look, and a lens from the period made sense. The mics were fed into the camera to keep things lean.

Film Courage: One scene or interview that you are especially proud of/shocked that you were granted permission?

Ross: I think we were lucky that our archive producer Abi Harding got hold of the 16mm archive taken by an East German communist filmmaking team who shot unusually candid footage contemporary to Shin and Choi’s time in North Korea. It has never been seen before and enabled us to see the reality of North Korean life at that time.

Film Courage: Had people you encountered (via festival screenings, etc.) previously heard of this story or of Paul Fischer’s book or any other publications, memoirs, etc.?

Ross: Some people had heard of the book, but we were mostly surprised that there were still many people out there who had no idea about the story.

Film Courage: It was noted that Shin Sang-ok was previously regarded as the “Prince of Korean Cinema.” Upon moving to the states, how was his reinvented career perceived in Los Angeles and with Western cinema?

Ross: It was difficult for Shin to work in America. He did not speak good English and he was an unknown entity to Westerners – certainly no one knew him as the Prince of Korean Cinema and he even Americanized his name to Simon Sheen. Therefore it was a shrewd move to collaborate with a young US director, Jon Turtletaub, and make a kids martial arts film – not an artistic masterpiece for sure, but it was bought by Disney and became very successful, especially considering the budget. Jon is still making films for Disney, but the budgets are much bigger now!

Film Courage: How do you anticipate various regions reacting to the film?

Ross: We are very interested to see how South Koreans react to the film. There are a lot of preconceptions about the story there. Certainly many people still have doubts about Shin, so it will be good to see how they respond to the evidence in our film. As for North Korea, we do not expect a formal response, as our film is hardly a direct provocation. That said, they are unpredictable…

BIO:
Ross Adam has worked as a director, cameraman and editor on short films, music videos, art installations, commercials and corporate videos and is a talented photographer. Cannan and Adam have worked together on many short-form projects. THE LOVERS AND THE DESPOT is their first feature-length collaboration. 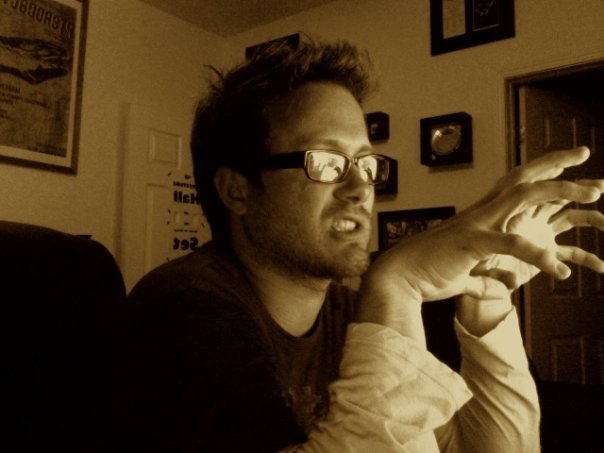