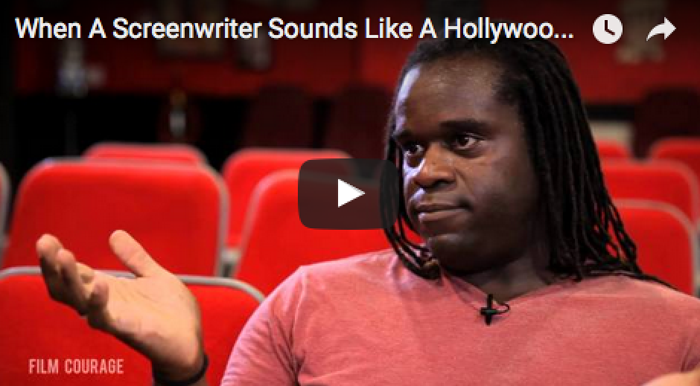 Film Courage:  Markus I was going through the AFM Twitter and I just found this article entitled “Thirteen Frequently Used Phrases That Make You Sound Like a Hollywood Rookie” by Stephanie Palmer.  And it’s a funny article, there are some really interesting things in here that I actually would not have known that if said, would make someone sound like a rookie, so….13 Phrases to Avoid (she writes):

2. We’ve had a lot of interest…Which means lots of people have read it, but none of them have liked it to get involved.

3. With the right cast….Everyone knows this, basically.

4. This is a very unique project…which means it’s a red flag.  If it’s unique you haven’t recent to understand the genre.

5.  There is another point that Film Courage likes from this article “It’s with a message.”  Meaning when you’re highlighting that it’s with a message, this means you’re focusing primarily on teaching the audience a lesson instead of telling a great story.

6. I’ve been working on this film for 11 years.  She says you’re committed, o.k., possibly inept.

We’re having fun with this article, but how much truth do you hear on what the writer is saying?

Markus Redmond:  I think…(pauses).  God bless everybody.  These articles, I take them all with a grain of salt because there is no road.  I mean to say that these things are going to make you look like…is to indicate that these are the things you do correctly and if you do these things correctly, things will go the right way.  And there is no “correct.”  The only “correct” is someone writing you a check.  You can say this is a really unique story and someone can say ‘I agree with you’ and then they write you a check.  Which makes that completely null and void.  You can say, ‘We’ve had a lot of interest’ and someone can say “Well, let me look at it, I’m interested.”  And then they write a check, which makes that saying null and void.  You can’t say the right thing to the wrong person.  I think that is the real, only thing.  You can’t say the right thing to the wrong person and you can’t say the wrong thing to the right person.  I think that means that if it’s not going to work for somebody, you can’t make it work for somebody, you know?  I don’t think how you say something if it’s coming from a place of truth in you, is going to make the difference.  Like if you’ve got an incredible script and you’ve got like a really good set of whatever you’re supposed to have behind it but you use one of these phrases, someone who really is in love with your project isn’t going to say ‘God, I love this script and he’s got so much great energy and I really want to work with this person but he used a rookie term….hhmmm.  Nah… I better not because he used a rookie term.”  Nobody is going to do that, you know what I mean?  You either find the people who are your tribe. You find the people who dig what it is that you’re looking to do or you don’t.  And in that point, you either decide, I’m just going to keep looking or you throw in the towel.  But I don’t think it comes down to say this or that, or I don’t know.  Maybe it does.  I just think that if you’re coming from a real place and you’re putting your best work out there, you just got to keep pushing until you find the right person.  You know…?

Question:  Is there a rookie mistake that cost you advancement in your career?  We welcome your comments underneath this video on Youtube here. 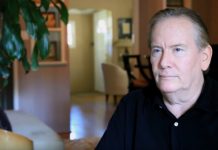 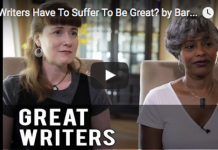