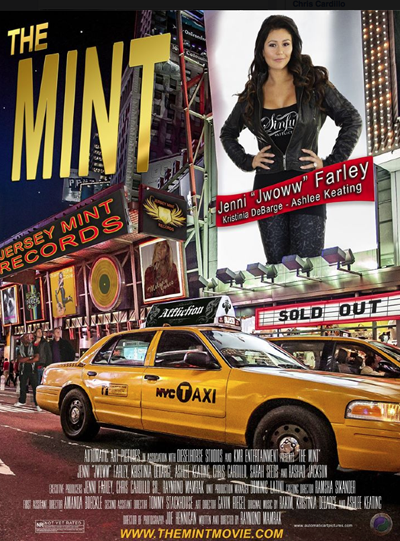 Jenni “Jwoww” Farley stars as Vicki in The Mint.  Film Courage checked in with Jenni on her role in the film, what a typical day resembles post Jersey Shore and how life has changed from 5 years ago.  The Mint is written and directed by Raymond Mamrak, based on a story by Chris Cardillo.  It is produced by Jenni “Jwoww” Farley, Raymond Mamrak and Chris Cardillo.  The Mint will debut in 2015.

Film Courage:  Where did you grow up? What was life like at home?

Jenni “Jwoww” Farley: I grew up in a small town in upstate New York.
I was a tomboy and chose to be outside all the time. 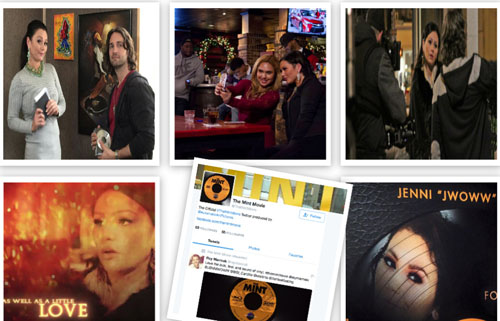 “My life 5 years ago was insanity. It was the first year of Jersey Shore and I was a young kid that had no idea how crazy my ride was about to become and I was nowhere near prepared for it.” Jenni ‘Jwoww’ Farley
.

Film Courage:   Which one of your parents do you resemble most?

Jwoww:   After high school I was a nanny and I really wanted to be an animator for Disney. So I moved down to New York City to start my dream.  Then I had a choice to mak,e which was finish college for an animation degree or go on a show called the Jersey Shore.

Jwoww:    Well I’m mostly a stay at home mother. When I’m home with Meilani, I get up around 7:30 a.m. with her. I get her dressed and fed for the day and Roger and I switch off and go to the gym in the morning because they don’t have day care in the morning. Then I just do mom stuff with my daughter and try answering any e-mails (like I am now) when I get a chance or shall I say with Meilani lets me (lol). 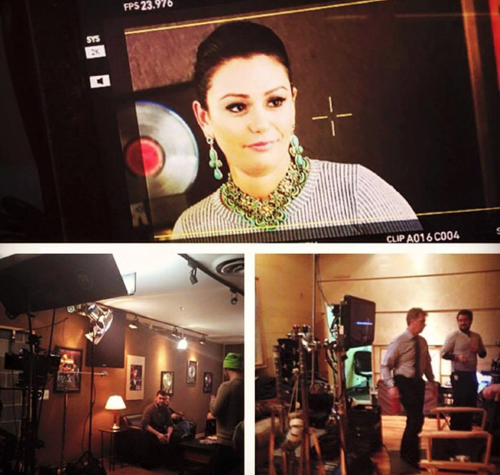 Film Courage:   How is your life different from 5 years ago?

Jwoww:    My life 5 years ago was insanity. It was the first year of Jersey Shore and I was a young kid that had no idea how crazy my ride was about to become and I was nowhere near prepared for it.

Film Courage:   You seem drawn to the business side of entertainment, as well as in front of the camera?  Where does your business savvy come from?

Jwoww:   I love the business side of the entertainment world. I think it just comes from growing up with my father who was a car salesman and who always had a hustle and drive in himself that I wanted.

Film Courage:   How did you get involved with producing/acting in The Mint?

Jwoww:    My agents suggested doing the film.  They know I have stage fright and get super shy when it comes to acting so roles like this tend to help me. 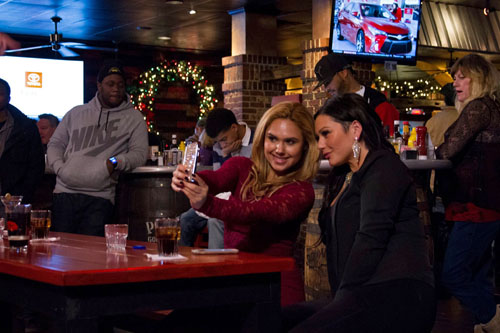 Film Courage:   Tell us about your character “Vicki” in The Mint?

Jwoww:   Very similar to “Jwoww.”  A kick-ass girl who has a strong personality and won’t take shit from anyone… Especially a man (lol).
.

“Part of me wants to tell her [Jwoww’s character ‘Vicki’ in THE MINT] to walk away from her “ex.”  The other part of me says keep doing what your doing.  Struggles of being a woman.”
Jenni ‘Jwoww’ Farley 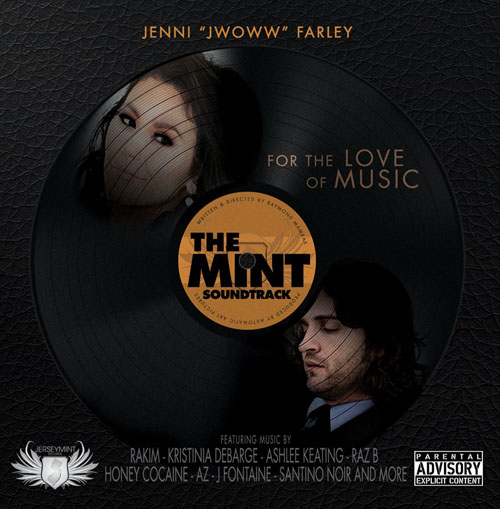 Jwoww:   Ray is awesome! He is down to earth and so knowledgable. He approached me as a friend and as someone with life long experience. He made it very easy to get comfortable on set. 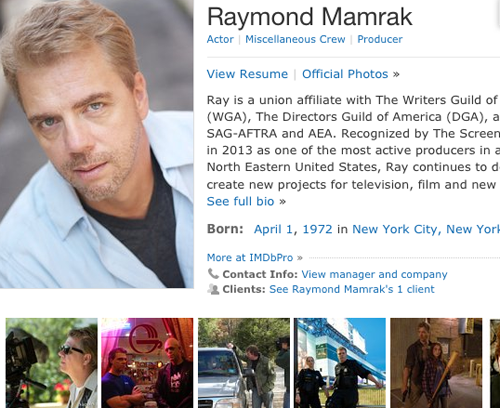 Film Courage:   How does The Mint fit into your overall acting plan?

Jwoww:   I don’t necessarily want to act. But I want to build confidence on stage and that is exactly what The Mint is doing for me.  Helping me one baby step at a time. 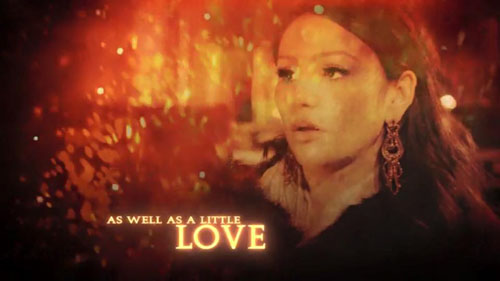 Film Courage:  If you met “Vicki” in real life, as a friend, what advice would you give to her?

Jwoww:   Parts of me wants to tell her to walk away from her “ex.”  The other part of me says keep doing what your doing.  Struggles of being a woman.

Film Courage:   A book or film you’ve read/watched recently that has instilled hope/happiness?

Jwoww:   Dan Millman’s ‘Way of the Peaceful Warrior.’  Obsessed with this book! 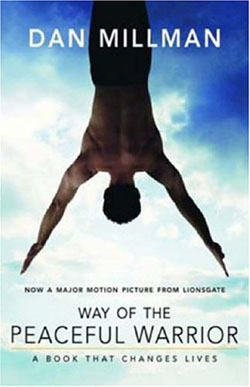 Film Courage:   How do you diffuse mean-spirited talk or rumors directed toward you?

Jwoww:   I mostly ignore them.  People who troll the Internet and talk badly are most likely insecure or jealous. 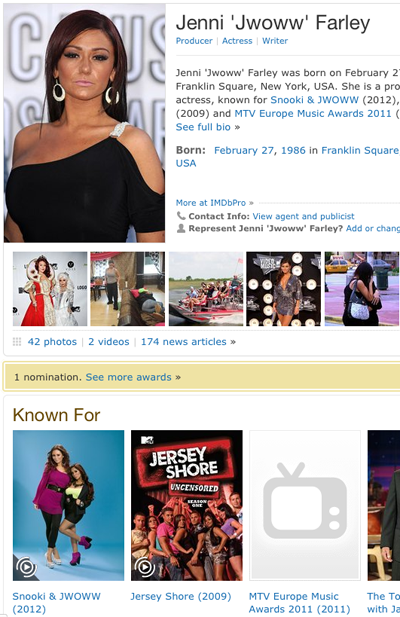 Jwoww:  Not sure.  Nicole and I are working on doing a talk show.  It should be amazing.  I love working with all my endorsements and having full control.   I still want to produce and act.   But mostly, be a stay at home mommy.

The story is about a big time rap music producer from NYC that lets his ego and anger issues get him into financial trouble when he is left to run the record label after the passing of his parents. Stuck in old habits, he is pushing out music that is not selling anymore and at the same time pushing away those close to him. With the help of some close friends and colleagues, that stuck around and still believe in him, he finds a new direction for the studio as well as himself.

Based on the story by:

CONNECT WITH THE MINT MOVIE: 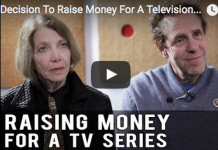 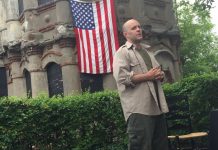