IN PURSUIT OF SILENCE is a meditative film about our relationship with sound and the impact of noise that will be released globally. The award-winning Los Angeles-based filmmakers are currently in the final stages of production, and have launched a Kickstarter campaign to finish the film. The funding will allow them to complete the last few production trips and move deep into the editing process towards a final cut of the film. This unique crowdfunding campaign includes a range of exclusive rewards for backers to engage with silence and sound, including 30 minutes in the quietest place on earth, dining at a silent meal (to be featured in the film!), a custom made “Silence Kit”, pre-orders for the completed film, limited edition prints, and more. All funds raised will help the film to serve a catalyst for a global movement towards a better sounding world. The campaign ends November 7, 2014.
.
Since the launch of the Kickstarter campaign, award-winning filmmaker Patrick Shen has been doing interviews, sharing exclusive footage and stories with Kickstarter backers, and engaging daily with those interested in how his film will address the concerns of modern day life. From an interview with author Carl McColman on Patheos, Patrick shared:

“Modern life is a juggernaut and we feel we must arm ourselves each day in order to thrive amidst all of it. Silence strips away all that nonsense and teaches us how to be ourselves, without the cultural armor. Like any relationship we fail to cultivate, our sense of identity and authenticity can corrode just as easily if we are not intentional about spending time with ourselves.” 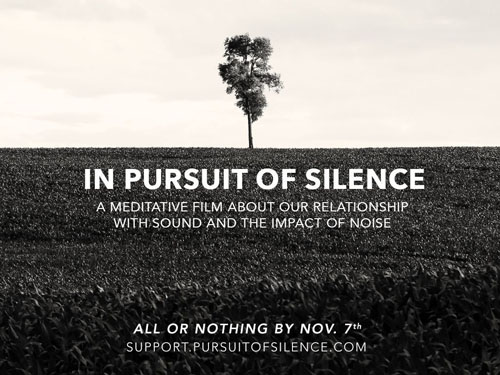 In Pursuit of Silence intends to explore the following:

•Silence as perceived by different cultures

•The Dimensions of silence and how we perceive it

•The benefits of silence from a psychological, neurological, spiritual perspective

•The basic science of sound, how we perceive it, how it influences us

•Noise pollution and its negative effects on health, cognitive development, autism, our general perception of the world around us

•Hearing loss and other diseases related to hearing and sound

PATRICK SHEN – Director / Producer / Cinematographer
.
Patrick is the founder of Transcendental Media, a Pasadena-based production company whose goal is to make films to “agitate the sleep of mankind.” He made his directorial debut in 2005 with the award-winning Flight from Death: The Quest for Immortality which was hailed by critics as being “one of the most ambitious films ever made” (PBS 106.7 Australia) and “moving and thought-provoking” (NBC). In 2009 he released The Philosopher Kings, a film about the wisdom found among janitors at major universities in the U.S., which premiered to sold-out audiences at the AFI-Discovery Channel SILVERDOCS Documentary Festival and went on to open theatrically in L.A. and N.Y. and premiere on The Documentary Channel. His third documentary La Source, narrated by Oscar-nominated actor Don Cheadle, tells the story of a small rural village and their fight for clean water in post-earthquake Haiti. La Source opened theatrically to sold-out audiences in LA and New York in August 2012 as a part of the International Documentary Association’s Oscar-qualifying showcase, Docuweeks. 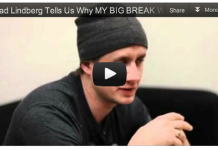 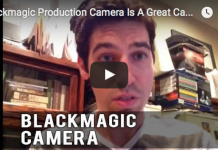 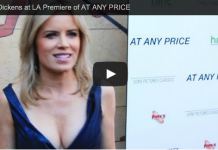