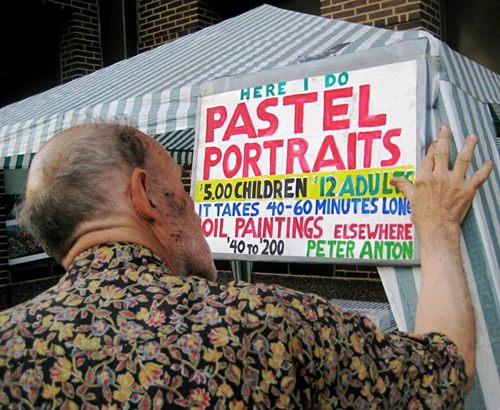 “Our character-driven narrative will interest anyone confronting issues involving poverty, senior living, the disabled or those with mental illness. Peter’s seemingly "small" story inspires larger questions, such as: How does society measure the quality of art? What makes a person an outsider, and how is this classification impacted by that person’s economic position and living conditions?” …..read more here. 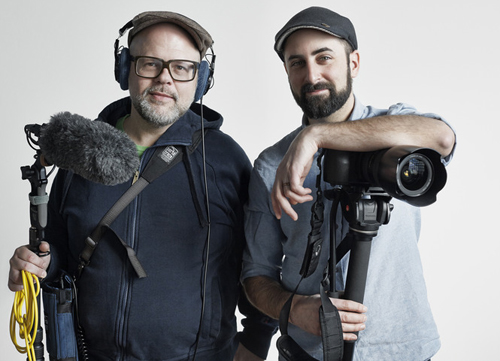 Our production company Kartemquin Films has been making documentaries for the past 48 years that examine and critique society, and Almost There continues Kartemquin’s tradition of using film as a vehicle to deepen our understanding of society through everyday human drama. The organization is best known for 1995’s seminal masterpiece Hoop Dreams, but it has also produced award-winning work on the visual arts, including A Good Man, a profile of choreographer Bill T. Jones for PBS’ 2011 American Masters series, and Golub, a profile of the late painter Leon Golub. In reviewing the latter film, critic Jonathan Rosenbaum writes: “Golub conveys the exhilarating sense that art is inseparable from both the world that engenders it and the world that receives it." It is in this spirit that we bring you Almost There.

(Listen to the podcast here)

Filmmakers Steve James and Alex Kotlowitz call into Film Courage to tell us why they are drawn to stories of poverty, violence, and education. They also tell us the reservations they had making the 2011 Sundance, 2012 Film Independent Spirit Award winning film "The Interrupters," how they were able to capture such intimate footage, how they were able to raise financing for the film, and what life was like for them over the course of the one-year production. 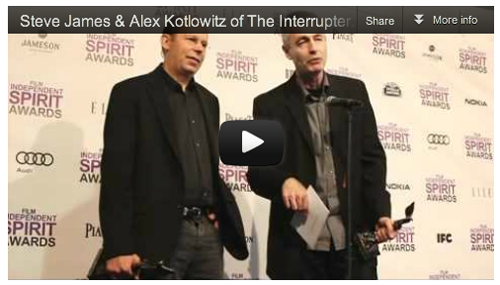 Steve James and Alex Kotlowitz in the press room of the 27th Film Independent Spirit Awards after winning the Best Documentary Award for their film ‘The Interrupters.’ 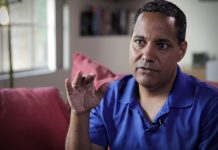 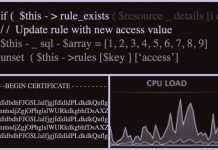