You’ve had a two dollar bill before, right?  What did you do with it?  Most people believe them to be unique collector’s items, so they save them. The thinking is that they’re extremely rare, that they’re good luck, or that they’re more valuable than they actually are.  When cashiers get them, there’s always a reaction.  When special interest groups want to draw attention to themselves, they’ll start a campaign to spend them.  Basically, they’re treated as anything but the normal pieces of paper currency that they are.  Why is this so, and how do the bills really fit into our culture?

Welcome to The Two Dollar Bill Documentary, my feature-length film exploring everything about this unique bill.  The genesis of the idea came from my own experiences with them.  I’ve had many curiosities and questions about two dollar bills for many years, and I finally researched it enough to discover just how much there is to share about them.  From a history that includes incredible craftsmanship and popularity, to its time where superstitions about the bill ran rampant, to its discontinuation, reinstatement, and limited print runs, all the way to the numerous ways the bill is perceived and used, the film will be a fun and enlightening journey to understand this truly unique item.  It’s the first and only film of its kind, and you can be a part of it.  In fact, I’m asking you to please be a part of it!

John Bennardo is a filmmaker / videographer / writer / editor trained at the American Film Institute in Los Angeles, CA  He has worked on numerous television shows and projects, including a job as a Producer for a documentary program on Oprah Winfrey’s Oxygen Network (since renamed to OWN).

John now resides in Florida where he runs a successful video production company. He has produced two documentary short films, the last of which premiered at Palm Beach International Film Festival and profiled former Hair Club for Men president Sy Sperling, made famous by the line “I’m not just the Hair Club President, I’m also a client”. 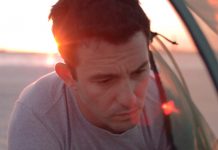