In the darkest hours of the night, while most of us lay sleeping, there’s a movement taking place in the shadows of our nation. Chicago, New York, Atlanta, Baltimore and all across the country, a collective of thousands are gathering– completely off the radar.

It is a time of economic strife, job loss and home foreclosures. As empty store-fronts, food stamp lines and for sale signs grow in numbers, there is one staple of American history that might be making a comeback. Roller skating.

UNITED SKATES is riding the wave of the next artistic movement not yet discovered by the masses. Fusing hip-hop, breaking, animation and a new style all its own, roller rinks might find themselves back in business soon. That is, if they’re not averse to change.  In a world driven by digital interaction, one film is breaking the mold with its unprecedented grass roots movement.

It took almost 30 years for mainstream America to discover the brilliance of Jazz. Blues, Rock and Roll, Soul and Funk took nearly as long to break into popular culture. Hip-hop, Rap,  Breaking… the list goes on and on.

Micro-racism all too often walks hand and hand with artistic genius. In this feature length documentary we will breathe awareness into the reality of our country’s continued struggle for racial equality, while simultaneously blowing your mind as we take you inside the untapped

United in Skates…. This is their story.

Not only is UNITED SKATES documenting an underground roller skating revolution, it is sweeping the nation with a revolutionary fundraising strategy all its own. Employing old school tactics, this film is putting a twist on the crowd-funding zeitgeist by taking its virtual kickstarter campaign back to the streets — one rink at a time.

Crowd-funding sites like Kickstarter and Indiegogo have become part of today’s landscape for independent filmmakers. However in a sea of over 110,000 campaigns on kickstarter alone, filmmakers are finding it more and more difficult to stand out, and drive their social media network to their project.

This challenge inspired UNITED SKATES’ directors to unite a groundswell of skaters, rink owners, DJs and enthusiasts to band together and rally for their cause.

Together they are hosting community skate night fundraisers in cities across the country to harness the power of crowd donations. Their events are not only energizing the die-hard skaters, but are attracting a group of allies who haven’t put on skates since childhood, if ever.

From Pajama Jams to Glow in the Dark Skate Parties, these theme night fundraisers are drawing crowds by the hundreds. Not to mention, it’s National Roller Skating Month.  Here is a story that introduces a growing artistic movement while looking at the state of microracism and prejudice in this country, 50 years after Martin Luther King delivered his “I Have A Dream” speech.

"So what are you waiting for? Put down your smart phones, close your laptops, and lace up your skates."

It might seem the roller skating heyday has passed — but take a closer look, and you’ll discover that there is a vibrant underground community of thousands who are more than keeping the sport alive – they are sparking an artistic revolution.

Fusing hip-hop, breaking, animating and a new style all its own, the movement has been evolving for generations. The skaters in each city have their own style, some to collaborate, some to battle – but when they come together, they are United by Skates.

But like most forms of African Americans artistry that came before –jazz, blues, and rap, to name a few — microracism and prejudice are keeping the skate world on the fringe of mainstream.

“One of the hardest things in the skate community has been dealing with the rinks and the rink owners,” says skater Dan No Limitz of Seattle.

“We don’t expect people to accept what we’re doing. Everything that we’ve invented or had something to do with all got met with adversity,” added Reggie Premier Brown.

Now, award-winning filmmakers Dyana Winkler and Tina Brown’s feature-length documentary “United by Skates” will breathe awareness into the reality of our country’s continued struggle for racial equality, while simultaneously blowing your mind as it introduces some of the most brilliant and innovative artists of our generation.

“I produce features on professional athletes, so when I saw in person what was going on in the underground skate world, I immediately knew this was athleticism at its best. Actually, I think my initial response was: ‘Oh my god? What is going on here? This is amazing!’” says Brown.

“As Dyana and I spent more time with the skaters we were touched by the fact that no matter the distance between rinks, cities or states, this is a community that is incredibly supportive of each other and sticks together. We were drawn to that sense of family and, just like them, became addicted to this skate movement.”

"Never in my wildest dreams would I have imagined leaving my job at the Sundance and Tribeca Film Festivals to direct a documentary on roller skating… but I guess when you listen with your heart, stories that need to be told have a way of finding you,” said Winkler.

“In the case of United by Skates, we have been welcomed with open arms into a world we knew nothing about. That’s an honor and a gift that Tina and I don’t take lightly. This film is a true collaboration between us as filmmakers and the community whose story we are telling. Three generations and ten thousand people strong, they have taken our hand, and we are walking this road together.”

The film is currently in production, and the pair is halfway to its goal of raising $50,000 on the crowd-funding platform Kickstarter.

In a time when urban communities, especially Chicago, Baltimore and Newark, are rife with violence, here is a positive movement developing in the very same neighborhoods.

“We live in a world today where there are gangs, there are all kinds of things of horrible things happening. But when children come here, we want our parents to know that that kind of behavior does not go on in this skating rink,” said one Chicago rink owner.

“Skating has protected so many of us. Whatever kinds of lives we live, when we’re inside the skating rink, we’re in neutral territory,” Reggie Premier Brown.

Interested in joining the movement? With October being National Roller Skating month, there’s no better time than now.

The film will be hosting a series of skate events throughout the month of October:

For more on the film, check out the film’s kickstarter campaign here!

For over six years, Dyana Winkler worked full time for both the Sundance Film Institute and Tribeca Film Institute, reviewing and deliberating upon thousands of independent narrative and documentary film submissions. Winkler also programmed for the Sundance Film Festival, Outfest Film Festival, and screened for the granting organization Chicken & Egg.

Tina Brown is a New York-based Producer and Production Manager with a successful 17-year career in the film, fashion, music and magazine industries. She lived and breathed her love of movies when she created marketing and PR film campaigns for major and independent studios including Paramount, Universal, MGM, DreamWorks, Miramax, and Village Roadshow.

Together they have joined forces on their newest feature length documentary United Skates.

Have a $2.00 bill?  The Two Dollar Bill Documentary
by John Bennardo

EACH TIME AGAIN – One Obsession, One Choice, One Outcome
A Short Film by Kip Kubin

‘How To Build Trust With Your Documentary Subject’ by Michael LaPointe 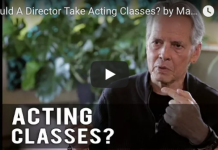 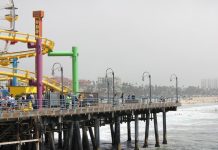