As many know, I didn’t formally go to any film school. Instead, I went the route of learning by doing things first-hand. But before diving in head first into making movies, I did some heavy research with many books on the craft of filmmaking and screenwriting.

So I thought it’d been fun to create a list of books as if I were giving a course on filmmaking. Admittedly, I do not hold any of them as the Bible on how to make a film. But in each one of them there’s a golden nugget or two of lessons that I try keep in mind as I approach a project.

I should also note that I know I’m probably missing out on some great books that I never got around to — so please feel free to leave comments on which book(s) helped you out with some invaluable lessons. I could always use a good read.

Understanding Movies (Louis Giannetti) – I found the 9th edition a few years back in a used book store. It’s a very entry-level introduction to filmmaking, but very useful by laying out everything in a practical way for the “everyday” person to understand. It provides more of an overview of film history, technique and theory if you’re into that sort of thing.

How to Shoot a Feature Film for Under $10,000 (Bret Stern) – I read this in 2002 before I made my very short film. I had no idea where to start and this book gave me the motivation and inspiration

Hollywood 101: The Film Industry (Frederick Levy) – just a fun introduction to the Hollywood system and the breakdown of the creative team and processes. Nothing earth shattering for seasoned vets but still fun to learn the basics.

Film Directing Shot by Shot: Visualizing from Concept to Screen (Steve Katz) and Film Directing Cinematic Motion: A Workshop for Staging Scenes (Steve Katz) – 2 companion books that are a tremendous asset that discusses film language fundamentals and strategies with great examples. Do not make a film without looking at these first.
Moviemaker’s Master Class (Laurent Tirard) – learn from some of the best filmmakers (Allen, Almadovar, Coen Bros, Wong Kar-Wai, etc) on how they approach film
Directing: Film Techniques And Aesthetics (Michael Rabiger) – my favorite book on directing. An all-comprehensive guide with a wealth of knowledge. The one book I can’t live without.
Film Directing Fundamentals: From Script to Screen (Nicholas T. Proferes) – introduction on how to translate a script to bring your vision to the screen

Good Scripts, Bad Scripts: Learning the Craft of Screenwriting Through 25 of the Best and Worst Films in History (Tom Pope) – teaches by practical examples of looking at films that worked and didn’t work. Very fun and informative.

How Not to Write a Screenplay: 101 Common Mistakes Most Screenwriters Make (Denny Martin Flinn) – a nice reference book from time to time pointing out rookie mistakes. The difference in making you look like pro vs. a novice

Screenwriting 101: The Essential Craft of Feature Film Writing (Neill D. Hicks) – this one isn’t as much about the craft as it also covers the business side. It provides a nice overview of the profession and can be a very interesting read for people just starting out.

Directing Actors (Judith Weston) – some fascinating insight on how to approach actors to get what you need.

Acting in Film (Michael Caine) – insightful experiences on how he approaches the craft of on-camera acting. A great resource to see how actors view the film set and even includes a chapter on how he deals with various kinds of directors.

Note: On my first short film I was afraid to communicate with the actors as I didn’t know how — now it’s probably my favorite thing to do while making a movie. After that film, I read these books and held acting workshops with actors which gave everyone an opportunity to work on their respective craft. There’s nothing more valuable than working directly with performers to gain the first-hand experience. 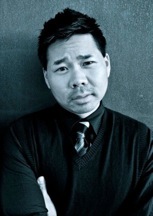 Gary King is a contemporary DIY American filmmaker whose work is known for powerful performances with an emphasis on a strong, visual style.  He has written, directed and produced several critically acclaimed feature films as well as award-winning short films. 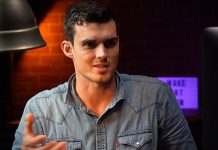 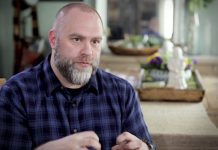