My first student film was a quirky little short called Skeet Shooting. The plot was simple: seeing their friend Dexter moping around after a break-up, three friends swing by Dexter’s place to try to cheer him up. The conversation turns toward the subject of masturbation and everyone shares a story about a sexual misadventure. Skeet Shooting was a fun little flick to make. While I can safely say I’ve grown considerably as a filmmaker since that time, I still look back on that little student film fondly. It has a special place in my heart, partially because it was my first and partially because I’m a fan of raunchy, inappropriate humor.

So a few shorts and about a year later, I began making an indie horror film called Raymond Did It. I’ve always been a fan of horror so making a slasher film was a blast for me. I raised up money, some from crowdfunding, most from private investment, and I gathered a ton of very strong talent in cast and crew positions. Once the film was complete, I toured it around doing a small theatrical run. Then we had the dream come true: we got signed for distribution!

And I’ve spent the past year watching that dream turn into a nightmare.

I’m not happy with our distributor in the least. I’d love to go into detail on that, but my lawyer probably wouldn’t be very happy with me (yes, I have a lawyer involved. I’m THAT unhappy about it.) In speaking to other independent filmmakers, I’ve come to find that many of them have similar stories to mine. Many are much worse. It seems that the independent film distribution industry is filled with predatory entities that have zero regard for the input of filmmakers or the integrity of their projects. There appears to be a tendency to gobble up indie films, shove them out the door with no actual strategy or plan and subsequently fail miserably at making anyone any money. There may be good indie distribution outlets out there, but I have yet to find any evidence of them.

Which brings me to my latest project: Dry Spell.

Dry Spell is a feature length romantic comedy about a woman who is going through a divorce and preparing to enter the dating world. One night she discovers that her ability to become aroused has left her. In short, she’s dried up. Believing that this is caused by guilt about moving on before her ex-husband has, she embarks on a quest to get him laid.

Dry Spell is, in many ways, a return to form for me: a raunchy, inappropriate comedy about sex. I’m excited to get back to the business of laughing at taboo subjects. I worked with Kyle Hoskins on the script and I’m extremely proud of the story. While Dry Spell is definitely a step away from horror (unless you count the horror a woman would feel upon discovering she’s gone impotent) we have brought along some talent well known for their work in the indie horror film scene. Our lead actress, Suzi Lorraine has several independent horror films to her credit, as does Debbie Rochon, who will be playing a pivotal supporting role in the film. I knew we would be making Dry Spell with a very low budget, so I wanted to make sure we had talent who are well versed in giving amazing performances in the less than optimal conditions of an indie film shoot.

In many ways Dry Spell is a very personal film for me. Considering that fact, I don’t want to see what happened to Raymond Did It happen with Dry Spell. I don’t want a distributor to waltz in, promise the moon, barely deliver dirt, and ultimately impede my ability to present the movie the way I want to present it. I also know that making a romantic comedy with the budget we are looking at is a risky proposition, so I’m very leery of seeking out traditional investment. I don’t want to be hip deep in debt when this is done, and working with investors means handing off a portion of creative control from your project, which I just don’t want to do. I’ve already had people offer to invest if we change cast, go with a different director, alter the film somehow to make it “more marketable to distributors.” Forgive the 80’s-ism, but, “gag me with a spoon!”

I think the solution is Kickstarter.

So, after crunching some numbers, I figured out that we could make the movie, not owe anyone anything, and make sure everyone has a paycheck for only $23,000. That’s not a lot of money. It’s only a thousand DVD sales (or two thousand three hundred downloads). It’s a reachable goal. Why not skip dealing with a distributor and simply use Kickstarter AS a distribution outlet?â€¨â€¨I am reasonably sure we are not the first people to take this approach. Judging by the trends in independent film, technology and crowd funding, we will not be the last. But I would love it if we could be counted among the successful ones. I don’t have any delusions that this sort of talk is going to change the face of distribution, or even get more than a cursory notice in the grand scheme of things, but maybe it will enable me and other filmmakers like me to be just a little bit more empowered to make their films their way.

If you like sex-based raunchy romcoms, if you are a fan of Suzi Lorraine or Debbie Rochon, or if you just like the idea of helping the little guy prove that the impossible can be done, please visit the Dry Spell Kickstarter page and pick yourself up a copy. Tell your friends. Help get the word out. I’m confident that we can make this work, but we can ONLY do it with your help.

In 2005 Travis Legge began attending Rock Valley College to pursue a career in journalism. While at RVC, Travis discovered the Mass Communication department, and tried the Basic Video production class. He immediately fell in love, abandoning his aspirations to become a journalist and dedicating himself to a film career. In the intervening years, Travis has made numerous short films, and written several feature length screenplays. His first feature film, Raymond Did It premiered in February of 2011. 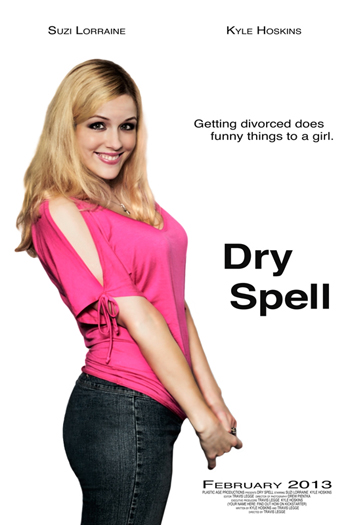 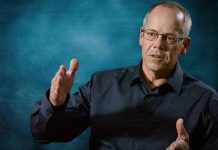 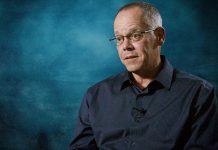 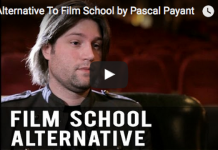 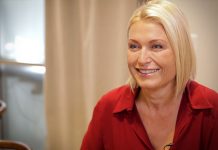