Watch all of Bill Oberst, Jr.’s videos on FilmCourage here via Youtube

Bill Oberst, Jr.:  One hundred.  I just passed my one hundredth IMDB credit and still nobody knows who the hell I am. So you can make a lot of movies without actually bursting in to the big public consciousness.  I think that’s another thing actors need to understand.  You know, I’ve done a couple of TV movies for the Hallmark Channel and they’re great and I’m glad to be in them and yes, they help. But they do not change your life and they don’t change your career.  There is so much noise that an actor has to burst through that you have to understand even if you get a big project, it may be a bump (but it’s probably going to be a slight bump).  It’s more the accumulation of IMDB credits that make a difference.

Bill Oberst, Jr.:  Well I came from the East Coast.  I’d done theater   in New York and up and down the East Coast for 14 years. And I came out here expecting it to be much the same and it’s not. LA is not really a city.  That is one thing you have to understand if you come here.  It’s a collection of smaller cities.  The geography is much different.  And your friendships, your ability to do work is all determined by traffic.  And that’s a huge thing you’ll realize when you come here.

If you come to LA to be an actor, you have to be completely available emotionally, spiritually, physically.  Your relationships (whatever they are) have to understand that this is your priority.  Michael Caine said, and I think he’s right, he said “If you want to make it, this can not be just a full time job. It has to be a full time obsession.”  And I find that to be very true.  You have to be completely obsessed to the point where people who are not in the business will say “You’re crazy!” If they don’t say that, you’re probably not obsessed enough to make it in the business.

Bill Oberst, Jr.:  If you think you have to have a side job when you come to LA, try to get one that is very, very flexible.  Many people are bartenders, caterers, anything that is part-time. Don’t get something that is going to lock you in particular hours every week because invariably you’ll miss an audition and that’s not going to do anything…you might not have gotten the audition, but it kills your morale. So I came here with a no-day-job plan and it’s been tough.  There have been a lot of peanut butter years.  It’s a good thing that I am thin.  That’s another thing about coming to LA.  You should probably decide that you’re not going to eat as much that you thought you might eat or that you’re accustomed to eating in the first few years.  You’ll have times when you eat nothing but noodles and peanut butter.  It’s just the nature of the business.  Other times you’ll be eating steak.  But your day job should be flexible.

Film Courage:  And what do you wish someone told you before you got to LA?  Or are you glad no one said anything?

Bill Oberst, Jr.:  I wish that before I had come someone said “Don’t come because this is very, very difficult. It’s a cruel town and a cruel business.  No one cares and you have to do it yourself.”  Now, I still would have come!  But I would have come with more awareness of just how difficult this business is.  All that people ever see is the gloss, the entertainment and the glamour. That’s all produced for the general public, not for actors.  I wish that someone would produce content for actors saying “Do-not-move-to-Los-Angeles, it is very, very difficult.” And then the only people who will do it are those who say, by damn, I am going to do it.  I can take it.  Because that’s the kind of spirit you have to have.  You have to be tenacious and you can never, ever give up or you will not make it.

Film Courage:  I think one thing that is interesting is that when people don’t have somewhere to go back to, they tend to stick it out.  What would you tell someone on how to emotionally survive coming here? Because it is.  It’s very cold and I think people need an outlet whether it’s reading, hiking, their church, whatever it is.

Bill Oberst, Jr.:  I hike in Griffith Park. I come to this place [gestures to the beautiful Hollywood Presbyterian church around him that we’re shooting at] every Sunday morning. And I spend time here  This is my solace.  I think you have to have something outside of yourself, a relationship with God, a higher power, your relationships with your family.  You have to have other outlets other than acting because it allows you to put your passion into your acting.  At the same time, I know people who never think about acting except when they have an audition.  I think that’s a big mistake.  You’re a small business person and you have to think of yourself as a small business person.  So when I get up in the morning, I am going to work. I put my feet on the floor, I am at work because I am my business.  So there is not a moment that goes by, even if I am hiking, even if I am reading, I’m always looking for things that I can apply to my business.  We’re entrepreneurs and that’s another thing that people don’t say to actors.  They say “Come here and explore your inner self and feel the character!”  Well yeah, that’s great.  But first you have to get on set.  And you don’t do that unless you’re a good business person.

I don’t mean to sound so earnest.  This is what LA has done to me.  This is what LA will do to an actor if you achieve any type of success here. You become a bit more serious and people say “Boy, you’re kind of a hard a$$.”  But it’s a tough town. 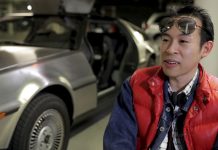 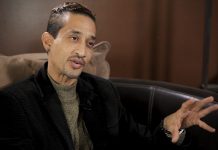 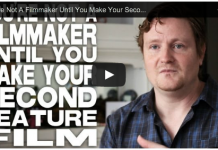 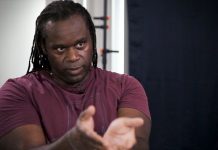