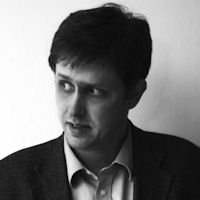 Be it the crowd-funding stages or preparing for a project’s release, few would argue that one of the most daunting tasks facing indie talent is creating awareness for a movie, web-series, book, or album.

The internet, of course, has given rise to podcasts and blogs like Film Courage (and another little show hosted by yours truly) that can act as a helpful catalyst to create such awareness by offering promo support and holding interviews. Interviews however, are far more involved than just sitting down and answering questions. They should be viewed as powerful marketing opportunities – a chance for you to share your vision and help shape the public’s perception of your work.

With that in mind, what follows are a few basic pointers to help you prepare for and maximize the impact of an interview. 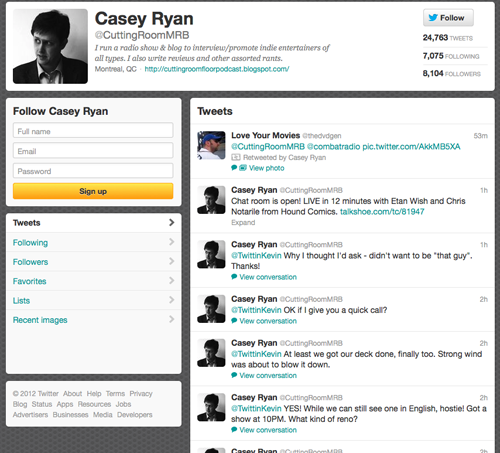 Do a little homework. Find out who the target audience is and make sure that they would ultimately be interested in your project. If possible, ask the host to send you samples of past interviews they’ve conducted with people that work in your genre. Speaking as a podcast host myself, I’m always happy to supply guests with sample shows and love it when someone brings up something that they heard on air.

Imagine if you will, sitting down to write an exam and then coming to the realization that the vast majority of the questions had been supplied to you in advance. Think of the relief that you’d feel. By agreeing to a set of talking points ahead of time, interviews really can be “that easy.”

If the interviewer doesn’t specifically ask for a set of talking points, volunteer a few of your own. If you have copies of interviews you’ve done in the past, send them in. If you’ve never granted an interview before, just send the person a list of items you’d like to discuss and be sure to highlight the ones that you want raised the most.

Most importantly, if there are topics that you do not want raised, let that be known as well. Remember that this is a rare chance for you to at least influence a large part of the final content.

Regardless of how well you try and prepare for an interview, things are bound to happen that are beyond your control. During a podcast, someone may ask a question or make a comment that can throw you off of your game. Technical issues may come up that lead to some odd breaks in the dialogue. I’ll even admit to losing the connection on my own show. 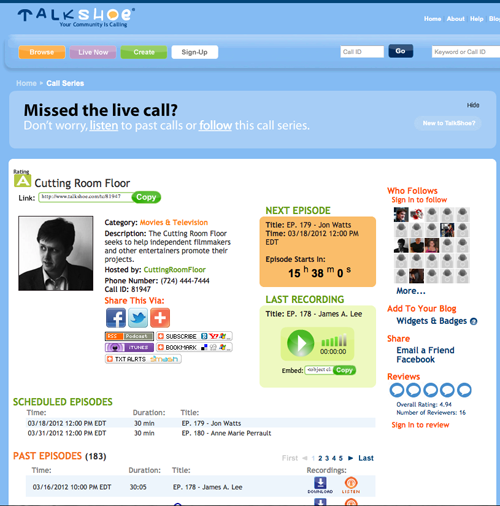 The best advice in cases like this is to try and laugh it off and above all not take anything personally. If you get asked an unplanned question that makes you feel really uncomfortable, don’t be afraid to call it out politely but, firmly.

Speaking as someone who is very susceptible to stress, I myself will acknowledge that overcoming anxiety is one of the biggest hurdles in dealing with the media. Having proudly been the subject of several podcast interviews, I can also say with confidence that it’s far easier to be the one asking the questions than the one answering them.

I’ve taken a number of public speaking and sales presentation courses. One of the few common denominators relayed in all of them was the importance of controlling your speaking speed. When you’re nervous, your mind races and it’s only normal to talk more quickly. Unfortunately some of us end up sounding like an auctioneer.

Take a deep breath and make a conscious effort to slow down. Make sure that you finish one idea before you start another one. If you think that you sound like your pace is a little too slow, in actuality, you’re probably at just the right speed.

A certain degree of brashness also helps. Keep reminding yourself that there was a reason you were invited to sit for the interview in the first place. Be the expert! Nobody knows your project better than you do.

I’m reminded of two quotes in particular when addressing the topic of apathy. The first was by a famous motivational speaker named Leo Buscaglia who said “The opposite of love is not hate – it’s apathy.”

Nothing kills an interview faster for a host than having a guest that simply doesn’t want to be there. Love it or hate it, you are there to inform people about your work. If you don’t care about the questions being asked, why should anyone listening care about your answers?

One-word responses are also by and large a big fat strike in the apathy column. Try to give your host an answer that can be used to propel the conversation forward.

The second quote is from one of my all time favorite movies – Network. During one of his many rants, newscaster Howard Beale (played by actor Peter Finch) admonishes his audience “We’re in the boredom killing business!”

As indie entertainers, isn’t it our job to be entertaining?

Casey Ryan is the creator and host of the Cutting Room Floor talk-radio podcast. For the past 4 years, the Cutting Room Floor has sought to highlight the works of independent entertainers of all types. A self proclaimed pop-culture addict, Casey is always trying to read up on the latest entertainment news stories. His film education consists of a lifetime of watching and studying movies. He holds a BA in Industrial Relations and Economics as well as a diploma in Sciences. For the past 10 years he has enjoyed a prolific career in corporate sales – often using his skills to help his guests market their work on air. 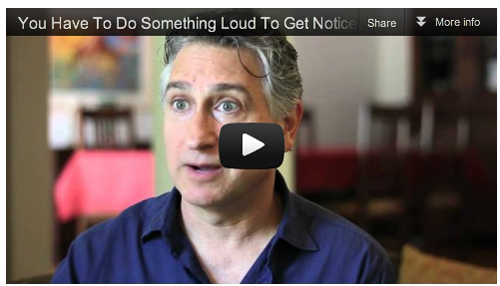 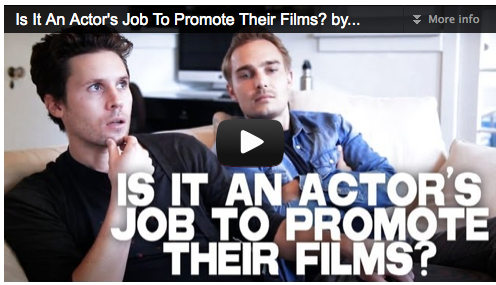 Day 3 of James DeMarco’s THE STAGG DO