Writer-Director-Producer Lisa Meri’s journey toward becoming a filmmaker has been a circuitous one, one that contains several stories within itself.

Born and raised in New York City, Lisa was exposed to the arts at a very young age. She was surrounded by a family of musicians and was able to immerse herself in the thriving cultural arts scene of New York. She shared her family’s passion for music but was highly imaginative and drawn to storytelling in all of its forms: literature, theater, puppetry, and film. There was also no shortage of humor in her life.  It must be inherent in all New York Jewish families.

Torn between becoming a writer and a musician, Lisa chose the latter and headed off to Berklee College of Music in Boston where she earned her degree in professional music. While in college, Lisa read Syd Field and kept her interest in screenwriting alive. After graduation, Lisa focused her efforts on recording and producing music for visual media. She formed a music publishing company and placed music in a variety of film, television, and commercial productions. But the part of her that longed to be a writer kept tugging away, and the impetus that led her to write her first screenplay was totally unexpected.

Lisa became friendly with a deaf woman and decided to learn ASL. At an ASL meet up, she connected with friend and writing partner Christian Clare, a newly arrived Aussie who signed with his deaf sister in Australian sign language and wanted to learn ASL. These two languages are quite different. Though Lisa and Christian are both hearing people, they attempted to sign with each other. Christian thought he was engaging in light conversation, but what he communicated was highly unusual for a man. You see, Christian told Lisa that he had his period. Needless to say, this led to much fodder and a friendship and creative connection was instantly forged.

Lisa and Christian decided to write a feature length screenplay, a comedy about Lisa’s crazy Hungarian side of the family. For those of you unfamiliar with Hungarians, they can best be summed up by the following jape: If you were in a revolving door and a Hungarian was behind you, the Hungarian would come out ahead of you.

After Lisa and Christian completed “4 Helens,” Lisa formed Me Do Productions, LLC, an independent film production company based in Massachusetts. She tackled her next script solo. “You Should Be So Lucky” was inspired by another amusing family scenario. At a family function, Lisa was sitting at a table with a variety of relatives including her very divorced parents. The quips and ripostes were flying at a breakneck pace. Lisa concluded that if she was ever forced to take in these very divorced parents as a result of unforeseen events, her worst nightmare would be realized. And so she set about writing the independent comedy feature “You Should Be So Lucky.” Since this script has a sitcom feel, Lisa is trying to raise the funds to digitally produce “You Should Be So Lucky.” Lisa has been raising funds offline but recently launched a campaign on Indiegogo here.  As it turns out, life is suddenly imitating art. If you watch the pitch video that Lisa made you will see that her worst nightmare is about to come true.

Through her myriad adventures and experiences Lisa has learned quite a bit
and often thinks on these things:

1-  On writing: When you come up against a block, pay close attention to it.
Sometimes you get stuck but you may just be having one of those days when
you’re not feeling well, or you’re distracted by something, or you’re preoccupied because your neurotic Greyhound is being particularly needy.
Walk away from the idea and only come back to it when you’re absolutely
ready. You can take another stab at it or approach it with a fresh perspective. If you’ve exhausted every angle and it’s still not working, let it go. It usually means that it doesn’t belong in your story, it just doesn’t fit. Reboot, and try something different. There’s no sense in beating a dead horse.

2- On producing, directing, and working with other creatives: Lisa wrote a
blog called “Stories from Studio B”, about her experiences as a music
producer creating content for visual media such as film and television. Whether you’re dealing with musicians or actors, the ego is a fragile thing. Always be kind, gentle, and open, but never sacrifice the quality of the performance. Your patience will be tested, and occasionally you might have to change personnel. But sometimes someone may just be too shy to ask where the restroom is, or they need to cry for a few minutes, or they need to have their meds adjusted. Yes, you must always stay on schedule and on budget, but it’s a judgment call. More often than not, your gut will lead you to the right answers.

3- On crowdfunding: Honestly, it seems there’s no rhyme or reason to these
things. You can do everything “right” and still come up short. It all boils
down to personal relationships and connections. Just keep going, the right
partners will find each other.

4- On creativity in general: It can be maddening at times and you can try to
walk away from it, but if you don’t live your truth then rest assured you will be fairly miserable. It all depends on how you measure success. Is it about money, fame, and fortune? Or is it about bringing forth your feelings and emotions and tapping into that wellspring of imagination? Lisa has always believed that it is the artist’s responsibility to nudge mankind: to get someone to think, or feel, or act. An artist provides a kind of check and balance on mankind. And after all, we can’t all be investment bankers, now can we?

Lisa Meri is a singer-songwriter, guitarist and composer who hails from New York City .

Lisa started formal music studies at the age of 9. Her grandfather gave her a violin. After two years her parents, in an effort to maintain their sanity, replaced the violin with a guitar. The guitar became Lisa’s primary instrument.

Lisa played her first gig at the age of 15. She sang and played covers in a local club near her home in Queens . Since the pay was incredible (Lisa made $15.00 for a four hour gig) she decided to continue on her musical career path.

After several more years of private study Lisa attended Berklee College Of Music. Lisa had a great time during those four years, she had the opportunity to study, practice and form wonderful friendships. She focused on theory, harmony, composition, songwriting and arranging and developed an interest in writing for film and television. She explored the guitar’s compositional capabilities and spent hours working out interesting hybrid, quartal, cluster and open voicings. She also got to take in the beautiful sights and sounds of the Back Bay area circa 1980. Some of you may remember: “The Bitter Woman”, Cosmo’s, Slice, T.C.’s and Ultimate Frisbee.

After graduating from Berklee, Lisa headed back to NYC. She taught at several well known guitar institutions and apprenticed with her composition mentor, Angelo Musolino. Angelo is a well known guitarist and composer/arranger who has written for the stage, screen and television. Angelo told Lisa that since there is no such thing as “real job security” she might as well stick with music and continue to starve for her passion. (It sounds a lot better in theory of course.) To help make ends meet, Lisa played a lot of jazz and gb gigs. She also worked as a music therapist with troubled adolescents and adults. Lisa built on her studies of theory, harmony, counterpoint, composition, orchestration and arranging with Angelo. During the course of a decade, Angelo really helped Lisa blossom as a writer.

In the early 90’s, Lisa returned to Boston . She loves the area (despite missing her beloved Yankees and being surrounded by hoards of Red Sox fans). Lisa released her first commercial recording, a 5 song EP entitled “I’m Not Gonna Say I Told You So”. The CD garnered a fair amount of airplay. Lisa went to Europe and toured Scandinavia.  She received National and International attention and charted on College Radio. Lisa did a lot of regional performing as well. When she returned she went into the studio and recorded “Time Will Tell”, a full length follow up to “I’m Not Gonna Say I Told You So”. It was around this time that Lisa acknowledged that she enjoyed writing and recording much more than performing. She decided to return to her roots and pursue writing and producing music for film, television and multimedia. She signed a deal with label/co-publisher Aquatarius Music Ltd. in 1999 just before the release of “Time Will Tell”.

During the past few years, Lisa has been busy writing and recording new material. Her music is being placed in commercial, film and television projects.

Lisa is a very happy camper, despite the apparent lack of security. 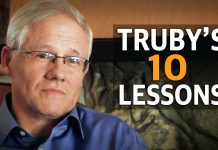 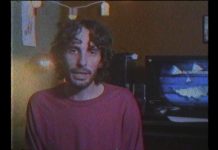