How would you describe your work ethic?

I believe I’m a workaholic, which at this stage in my life, I don’t find it to be a huge issue. I work weeknights, weekends and holidays, but only because I’m striving to get where I want to be. Hopefully once I’m established , I’ll be able to relax a bit more and have some more free time. In addition, I’m a perfectionist and tend to toil on the minute details in my projects, something I’m working on accepting that “Great” is just as good as”Perfect.”

What are you passionate about? (Life in general)

I’m passionate about learning and growing personally and professionally. Filmmaking has always allowed me to accomplish both of these goals, by working with other talented people and exploring ideas on my own.

What types of stories do you like to tell through your work? What is the message that you want to convey as a filmmaker?

I enjoy telling dramatic stories with good amounts of personal conflict and turmoil. Through a character’s troubled journey, I like to show the audience that it is possible to learn and grow from negative experiences and the necessity of pursuing one’s specific passion in their lifetime.

I believe getting inspired has a profound positive effect on our own lives. Music, movies, and paintings can all pique our curiosity and imagination, which eventually turns into inspiration. When viewing various types of arts, other related ideas and stories fill our mind. 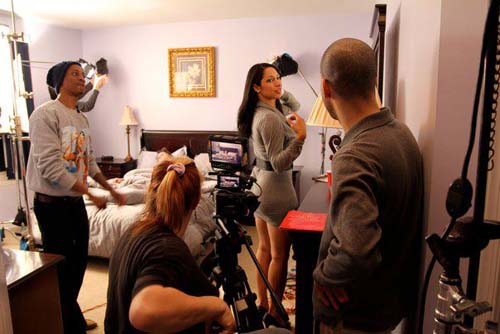 How would you define the actual role that a director is supposed to fill?

A director should be able to take the words in a script and bring it to life. This is done by: extracting unique performance from the actors, crafting the visual style with the cinematographer and editor, and selecting the proper music to set the tone.

When did filmmaking cross from a hobby to something more serious?

I don’t think creating films has ever been a hobby for me, even though it may be considered one, as it’s not currently my occupation. I never really thought of it as a hobby, as I invest large amounts of my time and money in my projects. I take it very seriously and strive to make the best films I can, with the resources I have at the time.

How did you know that you wanted to pursue a career in film?

I’ve always enjoyed watching movies as a child, and remember going to the theatre with my father and always loving the experience. At American University, I was really unsure about which major I wanted to pursue, and went undeclared for two years. During my sophomore year, while exploring all the different majors, I discovered that getting a degree in film was possible and decided to go for it.

Why did you choose film as your motive of artistic expression?

I think film is one of the most powerful ways to tell a story. The combination of sound and images allows the audience to connect with the material in a very engaging way.

What are some qualities in yourself and others that make one suitable for film directing?

Good communication, attention to detail and knowledge of human emotion, are all useful traits which enable a director to create a solid film. 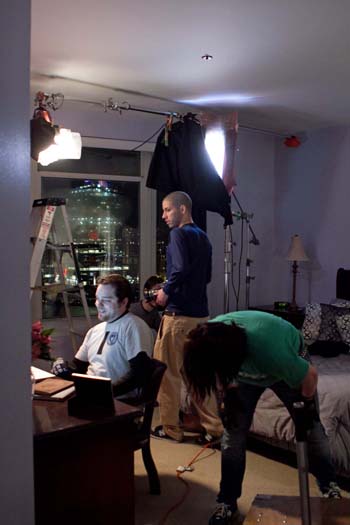 What are you most proud of in your career so far?

My most recent short film “On Top” has been the highlight so far. I feel like each film I complete, I’m growing and getting better at the filmmaking craft. As a director, I am focusing on high-production value, creating captivating characters, and a cinematic “Larger than Life” aesthetic. I’m very pleased how “On Top” turned out.

Where do you see yourself in five years?

Hopefully in five years, I will be financially independent with my own company. With the capability of producing independent films, in addition to being a work-for-hire for commercials, music videos and other films.

How do you define success?

Success is being able to do the things you want on your own terms. It’s not just receiving a large paycheck for a job, rather being able to choose whether or not to pursue something professionally. Obviously being financially independent has a lot to do with this goal, but I do believe it is attainable. Small business owners and entrepreneurs are the perfect example of this, and I’m sure they work much harder than a corporate employee.

What do you love the most about what you do?

I really enjoy storytelling and creating something meaningful for others to view. I think life is so complicated, that the arts helps us learn and grow by allowing us to relate to something new, which expands our perspective. I love exploring the deep fundamental questions of life. Why are we here? What are we meant to do? Right vs Wrong. Working with cast and crew is also very satisfying because you can connect, collaborate and create with others which is inspiring and enjoyable.

What inspired you to make “On Top”?

Whenever you see films about working girls, it always depicts them as down and out, abused or addicted. I was interested in flipping that notion on its head, by telling a story about a successful call-girl who is passionate and takes pride in her work. Adriana is a woman who is fiercely independent, financially wealthy, and truly enjoys spending time with her clients. I hoped to create a fascinating character who really draws you in by their outlook on life and explore how they deal with drama and conflict. 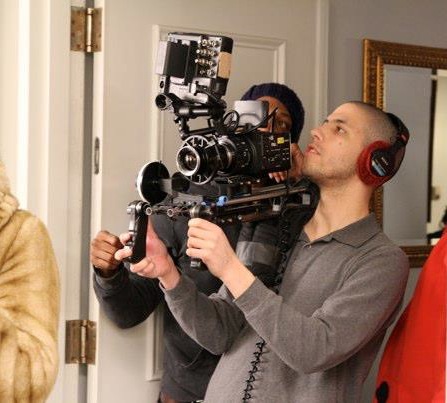 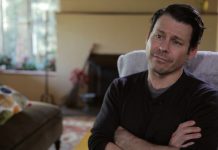 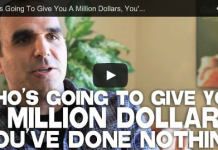