What young filmmaker hasn’t held a carving knife to a script they love because he or she got a piece of advice from someone more successful? Who hasn’t agonized over a casting decision or a cut because someone else said it was unmarketable?  Who hasn’t sacrificed the value he or she sees in a project, so that the value other people see can be brought to the surface?

Let me ask you a question:  Is this YOUR film we’re talking about?  Are you screwing with the things that make your film great to please someone else?

If the answer is yes… then your film has a few things it needs to get off its chest!  There is a BIG difference between compromise and sacrifice.  There’s a time to focus on pleasing your mentors and industry contacts, certainly.  If you’re working on someone else’s film, you play by their rules.  Enough said.

There is also a time to provide leadership to your film community.  Too often, I see filmmakers cannibalizing their projects to serve their impressions of how the financing process works, what distributors want, or the perceived preferences of a performer or production talent they hope to sign.  This kind of runaround decision-making rests on a fundamental misconception about how the film industry works.  Everything in this business, from financing to distribution to the industry’s most luminary talents… it all focuses on finding and satisfying an audience.  Your film is something you’ve committed years of your life to because it has qualities that make an otherwise exhausting, maddening, life-obliterating process worthwhile, and because you want to connect with other people who value the same things you do. 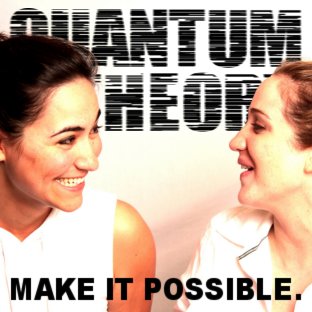 Where are you going to find these people?  Some of them will be on your production team.  All the rest are members of your audience.

Your film has an audience.

Maybe you don’t know how big that audience is, and maybe you don’t know how to find them… but these are your problems to solve.  Rather than adapting your film to incorporate solutions to other people’s problems, focus on making a movie for people who love the things you love.  Make the best version of your movie, instead of trying to make your movie something it’s not.

So, where’s a filmmaker supposed to get guidance with a process like this?  When your friends in the industry are all trying to steer you in different directions, how are you supposed to filter ideas?

Towards that end, your film has the following things to say:

“Know what the hell you want from me.”

“All of the above” absolutely DOES NOT FLY.  Your purpose needs to be concise and simple.  Making a movie is a process that will keep you juggling multiple tasks every day, all day, for years at a time.  Fatigue and stress are major risks.  Trying to accomplish five different things with every one of the balls you’re struggling keeping in the air… That kind of overload practically guarantees your failure.  Don’t demand too much of your movie.  Give your movie a simple task to accomplish, and then give your film all the support it needs to fulfill that task with excellence.

If your movie is a massive, $200 million science-fiction project and your ambition is to demolish Avatar’s box-office record, do not make this your first movie.  Every so often, extenuating circumstances lead a first-time director to work on a large studio project – but do not rely on luck as the key to your success.  Playing the lottery is not the same as chasing your dream.  Anyone who tells you different is selling you lottery tickets… and believe me, the house always wins.

When you choose a goal for your production, choose one that’s achievable.  If you’ve never directed anything in your life, then your first project might be driven by a goal as simple as “Direct my first project.”  That’s a goal that can be achieved with a short film, a play, or a webseries on literally any budget level, in literally any genre.  You don’t need to make Avatar.

Once you figure out what your goal is, choose content that works.  If this is your first production and you have no audience, find a story you can tell for a few thousand dollars and raise the money on Kickstarter or IndieGoGo.  Don’t go find yourself a ten million dollar horror feature… and don’t try to make a $5 million dollar movie for $500,000.  Find or write a story that addresses the specific goal you’ve set out to accomplish, and make sure it’s one you can commit to.  Keep your focus on telling a great story, and don’t worry about anything that’s extraneous to the production objectives.

“Love me for my strengths.”

Know what it is about your film that makes it great.  You’re not looking to peg down specific moments, here.  You’re looking at the qualities that make those moments work.  If this is a film that hinges on performances that only your cast can deliver on, then don’t let anyone tell you to recast the film.  If your movie has hyper-specific, hipster dialogue that you love, then it’s not really worth your while to make it more naturalistic.  Value the things that make your film worth making, and encourage others to do the same!  If something’s good about your movie, don’t let people tell you otherwise.

Getting married to specific moments is never a good idea, but you’d better know which overall attributes make your film worth watching.

“Love me for my weaknesses.”

Don’t hide from your film’s challenges or shortcomings.  Accept them, and adapt your plan accordingly.  If one of your scenes is bound to create production issues, then you need to increase the budget or cut the scene.  If you choose to increase the budget, your plan for making money on the film will need to be that much stronger.  In fact, problems like this can often be the inspiration behind a creative or financial breakthrough… but only if you look them in the eye and see them for what they are.

Once you get the ball rolling on a project, you have to trust the creative impulses and the goals that led you down this path.   Other people are buying into your dream, and it’s your job to deliver.  If that scares you or you find the project delinquent in some way, make improvements.  Use that insecurity to ferret out problems you haven’t addressed, or opportunities to expand on the core value of the film.  In other words, give your movie every opportunity to become more “itself”.  Cultivate the film you set out to make in the first place.  Trust that you made the right choice by taking on this challenge, and that the story you’ve set out to realize will see you through the tough times to come.

Because it will, so long as you hold up your end.

Working on your film means working WITH your film.  Remember to listen to your movie, and not just to the people watching you make it. 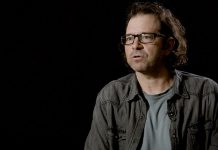 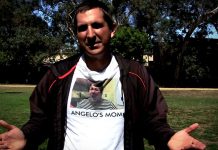